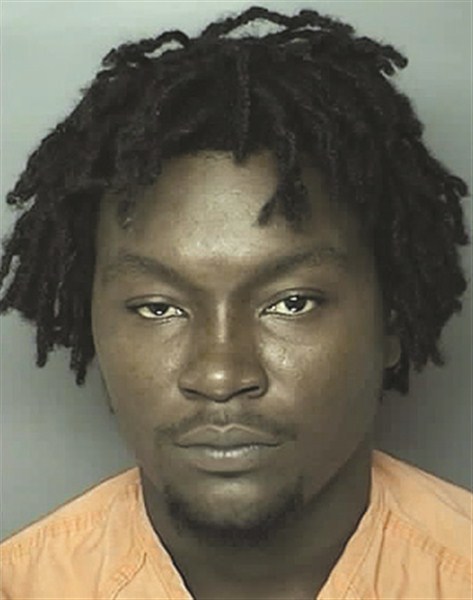 Police in Tabor City are on the hunt for a Green Sea man accused of shooting into a Grace Street home while aiming for a local man, Police Chief Donald Dowless said Saturday.
Dion Durhan Gore, 26, of Burdy Road in Green Sea, is charged in warrants with assault with a deadly weapon with intent to kill and discharging a firearm into an occupied dwelling in warrants obtained Friday by Detective Sgt. Christopher Hilburn.
Gore is accused of firing a .223 caliber assault rifle from West 6th Street, into Grace Street, with the intent to kill Christopher Stanley, the warrant said, just before 9:30 p.m. on Jan. 12.
Stanley was passing by in a car when Gore, standing on or near the street corner near the old Hilltop grocery, opened fire, Dowless said.
No one was hit by the gunfire, but bullets penetrated a Grace Street home where Halleshia G. Riggins, 19, was in bed, and her brother, Raheem Riggins, was in the shower, a report by Det. Ken Elliott said. Another brother was standing in the front yard.
At least one bullet entered the Riggins home, entering through a rear wall, passing above the stove, crossing the room and passing through another wall, into the bathroom, where it lodged in another wall over the bathroom sink, the report said.
Elliott located several shell casings in the road on West 6th Street, the report said.
Posted in News