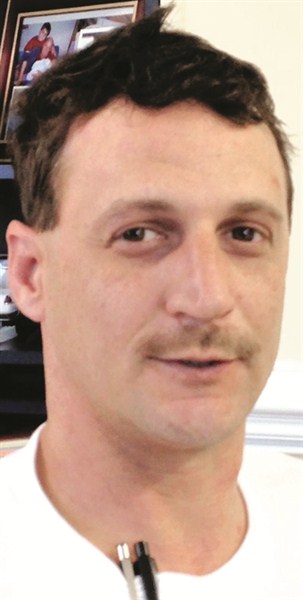 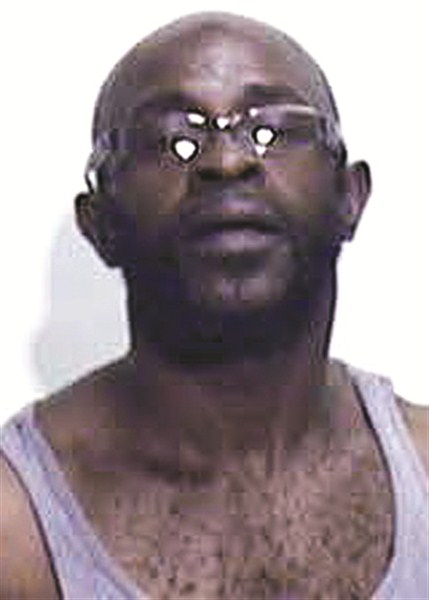 UPDATED FRIDAY, FEB. 1: New charges against James Rico Gore, accused earlier this week in an assault that left a Tabor City Police Department officer with a dislocated jaw, prompted a new court hearing Friday and a significantly higher bond, Assistant District Attorney Fred Gore (no relation) said.
Bond was set at $150,000 on new charges that include assault by strangulation during the hearing before District Court Judge Pauline Hankins. Earlier bonds totaling $26,000 remained in place, leaving Rico Gore with bonds that total $176,000, the prosecutor said.
Rico Gore is accused of attacking Officer Matt Turner as he investigated a report of gunfire on West 6th Street in Tabor City Tuesday evening.
Originally charged with felony assault on a law enforcement officer with serious injury and a misdemeanor count of resisting police, Rico Gore on Thursday evening was served new warrants charging him with assault by strangulation, assault with a deadly weapon, going armed to the terror of the people, and discharging a firearm in the town limits.
The last three charges are related to the incident that brought Turner to the area near Rico Gore’s home, said Lt. Ronnie Carroll, who obtained the warrants.
Fred Gore said he had requested a new bond hearing for Rico Gore for Monday, but the new charges served Thursday forced a first appearance hearing on Friday.
Rico Gore was just convicted Jan. 11 on 2012 charges of resisting police, Fred Gore said, a history the prosecutor said warranted a high bond on the new charges.
“I want everybody to know that we take crimes like this seriously,” Fred Gore said.
==================================================================
By DEUCE NIVEN

Officer Matthew Turner says he feared for his life as he suffered a beating that left him with a dislocated jaw, cut and bruised as he investigated a “shots fired” call Tuesday night.
Turner, a three-year veteran of the Tabor City Police Department, said he endured more punches when he rolled over to protect his gun as his attacker reached for it, and that the assault ended as abruptly as it began.
“It was just like he gave up,” Turner said.
James Rico Gore, 42, of West 6th Street, was in cuffs and in the back of Turner’s patrol car as other officers arrived, just before 9:30 p.m. Tuesday.
Gore was arrested by Lt. Ronnie Carroll, charged with felony assault on a law enforcement officer with serious injury and a misdemeanor count of resisting police. He was jailed at the Columbus County Detention Center under a $26,000 bond.
Gore has a history of resisting police. He was charged with resisting officers and assault on an officer last Aug. 16 in a confrontation that required police to shock him twice with a Taser before taking him into custody on charges of assault by pointing a gun.
Turner was treated at McLeod Loris hospital for injuries that included bruising, and cuts to his arms. While at the hospital, Turner said he was able to get his jaw, which was askew, back in its socket.
“It hurt, a lot,” Turner said. “I can’t open it very wide right now. It hurts to eat a honey bun. It’ll be OK in a couple of days. I’m upright, and that’s what counts.”
Pointing to his chest, Turner said “From here up, I feel like I was hit by a Mack truck.”

Angry
“I’m very angry about this,” Police Chief Donald Dowless said. “This is unacceptable. I’d like to see the courts step up and take care of this appropriately.”
Turner said he and other officers were on another call across town when 911 dispatchers sent him to West 6th Street to investigate a report of gunfire.
Gore was walking on the sidewalk, near his home, as the officer pulled up.
“He went off and started cussing and raising a ruckus,” Turner said.
As Gore walked away, a witness identified him as the man responsible for the gunfire.
“He took off towards the house,” Turner said. “I knew there was a gun involved and I was not going to let him get to the house. I reached for his shoulder from behind, and he turned around and started swinging.”
Turner said Gore landed one or two punches to his jaw, dislocating it, and the men fell to the ground in a struggle, with Gore placing his hands around the officer’s neck and beginning to squeeze.
“He was punching me beside my head and face and choking me, and I got my thumb up between his hand and my neck. I couldn’t breathe.”
Turner said he was able to fire his Taser at Gore once, but a coat prevented the leads with connecting.

Gun
“I started going for my gun, and he reached for it at the same time,” Turner said.
Training kicked, in, Turner said, and he quickly rolled over to protect the weapon as Gore continued throwing punches.
Turner said he was able to get up, and shoved Gore, hard. Suddenly, the fight was over, and in moments Gore was in handcuffs.
A fight lasted a couple of minutes seemed like hours, Turner said, and in the moments that Gore reached for his gun the officer said he feared for his life.
Pulling a small silver cross from his pocket, Turner said he always carries it as a symbol of his Christian faith.
“I’m not perfect,” Turner said, “but I have faith in that man upstairs.”