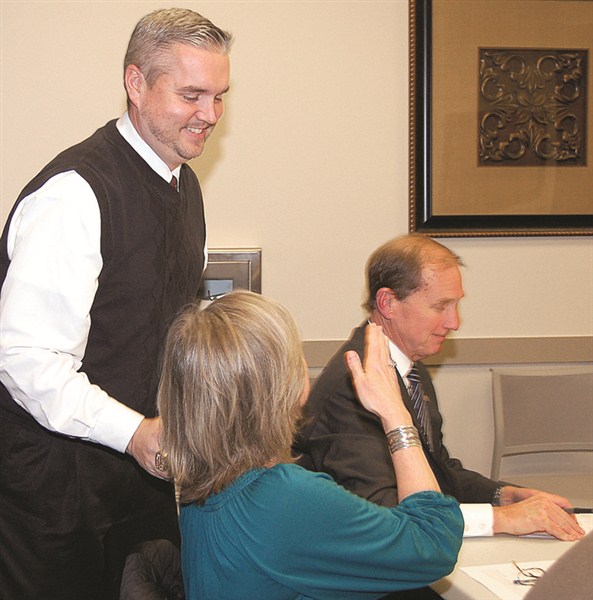 Members of the Interstate Railroad Committee met again Thursday seeking progress in efforts to restore Carolina Southern Railroad operations after a shutdown that is nearing two years.
Their frustration was evident.
“I am tired of coming to these meetings, month after month, for nothing,” said Horry County Councilman Gary Loftus. “It’s been 18 months and nothing has been accomplished, we still don’t know where this is going. It’s round and round in circles.”
Jody Prince, another Horry County Council member, said he wanted answers from the railroad, represented at Thursday’s meeting by general manager Jason Pippin.
“Where do you stand as far as getting the rail road up and running again?” Prince asked. “Do you have the funding to open the rail lines? Where do you stand?”
Pippin told the committee, meeting in Loris, that efforts to restore the railroad are underway and in need of funding that has eluded the company on previous attempts to land federal grants.
Grants are extremely unlikely, Columbus County Economic Development Director Gary Lanier said earlier Thursday. During the meeting, co-chair Dennis Worley said the committee could ask the U.S. Surface Transportation Board to intervene, and force the Pippins ‘ Jason and his father Ken – to sell the line to someone with the resources to get the train running.
Co-chair Doug Wendell said seeking federal intervention would be a last resort for the committee, though other members suggested the timeline for a formal vote on that option might be short.
“It is our intention to work together with the railroad line,” Wendell said, apologizing to Jason Pippin for not formally inviting he or his father to recent committee meetings. “We have the same goal, to get the railroad open, and it certainly was an oversight on our part, and we will do everything we can to make sure it doesn’t happen again.”
Dianne N. Ward, Tabor City’s Promotions Director, defined the committee’s frustration.
“We are hearing the same thing tonight that we heard at the first meeting with your dad,” Ward said. “That’s where the frustration comes from.”

Off track
Complaints about abandoned cars sitting on tracks in and near Chadbourn were heard early in the meeting, and quickly derailed by Prince.
“These other issues can be taken care of later, but we need that rail road,” Prince said.
Jason Pippin defended the company against accusations that proper documentation had not been provided concerning audited financial statements for grant and loan applications.
“We have provided that information several times, and it is expensive to go through,” Jason Pippin said. “We finally got tired of paying for nothing.” – Includes reporting by Deuce Niven