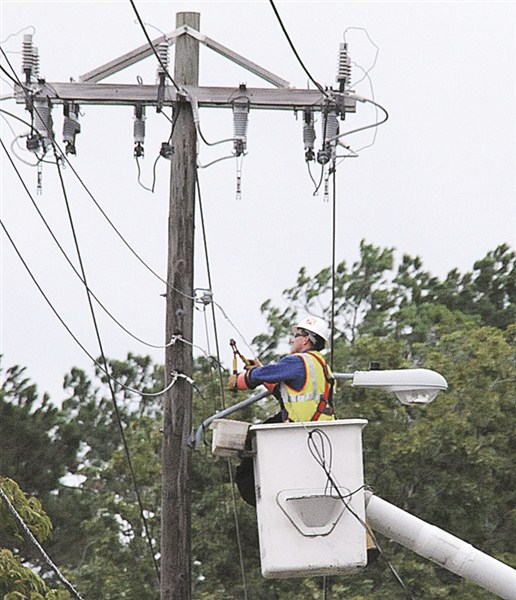 Problems with a transmission line forced Progress Energy to shut power “to a small part of the world” that includes Southeastern Community College and the Southeastern Industrial Park, college spokesman Justin Smith said Thursday.
Classes and all other activities at the college have been shut down until 5 p.m. today, Smith said.
Workers with Progress Energy Carolinas  were on campus just after 8 a.m., warning of a shutdown that would be required to correct problems on a line in front of the utility’s offices  east of the college, at the industrial park, Smith said.
Duke/Progress spokesman Jeff Brooks said the outage involves 50 customers, including the industrial park, SCC and some residences. He didn’t know how many residences were affected by the outage.
Wind is blamed for causing the outage and making the problem worse, Brooks said. Restoration will involve replacing a pole and equipment. Power should be restored by 3 p.m., Brooks said.
Students and faculty were already on campus, including 3- and 4-year-olds at the SCC Early Childhood Education Center and high school students attending SCC Early College classes, Smith said.
Clearing the campus involved “a lot of moving parts,” Smith said, as power was abruptly shut down.
A Progress Energy official, on campus, said “It’s on fire, we have to shut it down now,” Smith said.