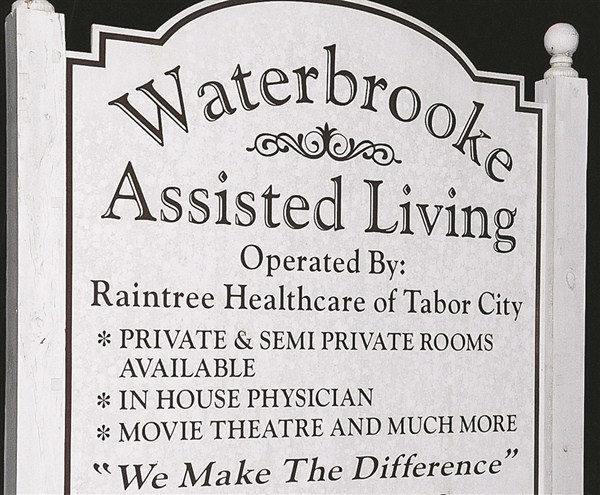 With an appeal deadline nearing state officials must await resolution of the pending case involving the former Waterbrooke Assisted Living in Tabor City before considering a newer application from the building’s owners, North Carolina Department of Health and Human Services (DHHS) Jim Jones says.
DHHS officials notified attorney’s for RainTree Health Care on Dec. 17, 2012 that their license to continue operating Waterbrooke had been denied, because its Charlotte based operators had “substantially failed to comply” with state law and rules governing assisted living centers.
RainTree, through its attorneys, have previously appealed a DHHS suspension of admissions, revocation and summary suspension of its license, Jones said. Much of that was withdrawn as residents of the facility were removed prior to Nov. 1, 2012.
A hearing on the previous orders scheduled for Feb. 11 has been rescheduled for March 11, in part because of apparent efforts by both sides to settle the case, said Vicky Bullock, an administrative assistant to Administrative Law Judge Melissa Owens Lassiter.
Jones said he could not confirm any current negotiations, but that state law encourages efforts to settle contested matters out of court.
A portion of the applicable law reads that “It is the policy of this State that any dispute between an agency and another person that involves the person’s rights, duties, or privileges, including licensing of the levy of monetary penalty, should be settled through informal procedures.”
Efforts to contact RainTree managing member Reema Owens have not been successful.

Background
Out of business and devoid of residence since last Nov. 1, Waterbrooke was cited by the North Carolina Department of Health and Human Services (DHHS) in September 2012 for a series of violations that it said prompted a notice of intent to revoke the facilities’ license.
One Waterbrooke resident lay dead in his bed for hours before staff there discovered his passing last Sept. 6, N.C. a DHHS document released in early October showed.
Bedbugs were noted by staff at Waterbrooke for months prior to the Sept. 20 DHHS effort to suspend the facilities license, but efforts to address the problem were stymied by a lack of resources, documents allege.
One staff member told investigators “I did not call the pest control company because they have not been paid,” the document said.
Bedbugs were so prevalent in one room, the document said, that one resident’s face was “covered with bedbugs” on the morning of Sept. 17. A maintenance worker told investigators he was going to replace the mattress, “but the facility did not have good mattresses to replace them with.”
RainTree lost its lease on the facility at the end of October 2012. Building owners from Care of North Carolina refused to renew the lease with RainTree, said Yadkinville attorney Larry Reavis, one of the Care of North Carolina owners.
Care of NC is awaiting resolution of RainTree’s legal process before moving to re-open, Waterbrooke, attorney spokesman Jacob Wagoner said.
Bedbugs have been eradicated from the property, Wagoner said.
Care of NC hopes to secure a state license to operate the assisted living center in Tabor City once the RainTree appeals process is complete. Re-opening Waterbrooke, Wagoner said, will take some time.
“Obviously, with no residents in place since last fall, there is no rush to get them back in,” Wagoner said. “Our plan would be to get into the facility, make repairs, and get it in good shape before accepting residents.
“At some point, the plan is to have an open house and to show the community it is being run as a clean, safe, and well run facility.”