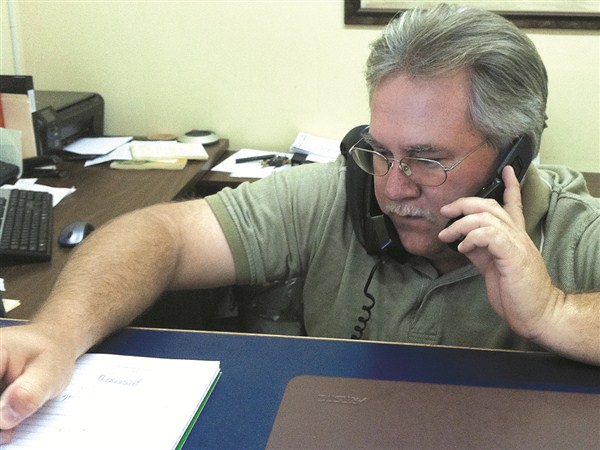 One of two criminal cases languishing against former Det. Greg Sibbett of the Tabor City Police Department is finally slated for trial next month.
A special session of criminal court will begin March 4, when jurors are expected to hear the evidence in two charges of assault by pointing a gun at two boys who were younger than 16 during a 2009 incident near Sibbett’s Gore Trailer Road home.
A motion by assistant district attorney Chris Gentry on Friday to have a felony assault case against Sibbett attached to the misdemeanor assault by pointing a gun charges was denied by Judge Jack Hooks Jr.
Sibbett remains an auxiliary, unpaid but sworn member of the Tabor City department. He is among officers paid by Atlantic Corp., parent company of this newspaper, to provide security during their off-duty hours.

Trashcan charges
Sibbett was indicted in December 2009 on charges of unlawful restraint and assault by pointing a handgun without legal justification.
He was accused of pointing a gun at, and transporting in his unmarked Tabor City Police Department vehicle, two boys who were younger than 16, near his home on April 15, 2009.
“There were two boys in his neighborhood running over trashcans and acting recklessly, to my understanding,” Tabor City Police Chief Dowless said just after the indictments were returned. “My understanding was that he detained the boys and called for a sheriff’s deputy.”
There were no criminal charges pressed against the boys, Dowless said, and the issue appeared resolved before the indictment.

Awaiting trial
Sibbett was also accused of assaulting Ricky Dale Turbeville, an East 5th Street resident Sibbett arrested on Sept. 1, 2009. Sibbett allegedly punched Turbeville in the face, breaking his nose, during the arrest.
In a report, Sibbett then wrote that Turbeville became violent when questioned, kicking the detective in both knees. John Evans, an officer with the Tabor City department at the time, wrote in his report that Turbeville appeared to be “impaired by some type of substance.”
Turbeville was charged with assault on a police officer, resisting police, and with 13 counts of breaking and entering, and with one count of attempted breaking and entering.
Sibbett was a Lieutenant heading the department’s Detective Division, and asked to be placed on suspension without pay just before his arrest in October 2009 on the initial assault charges, which preceded the indictments.