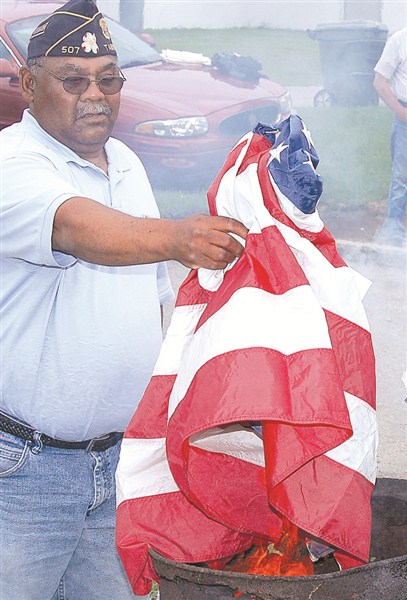 Inclement weather forecast for this Friday has prompted the cancellation of a scheduled flag burning ceremony in Tabor City.
Members of Tabor City’s VFW and American Legion posts hold the flag burning ceremonies from time to time, and will reschedule the one planned for this week.
Anyone with an old American Flag in disrepair is invited to drop it off at the Legion Hut.
Posted in News