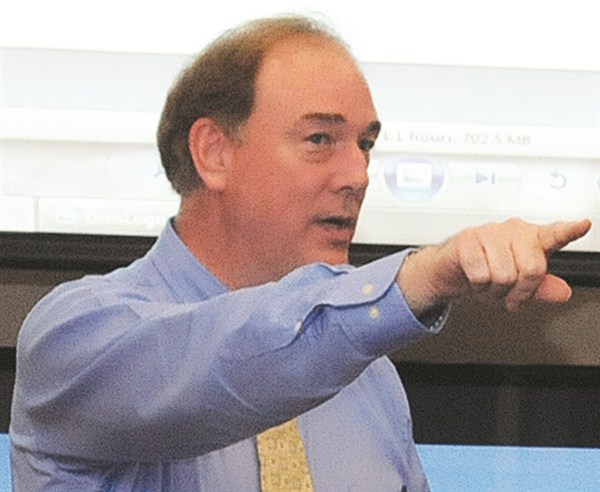 Citizens first should be the marching order for a new city administrator Mayor David Stoudenmire said during a meeting of the Finance and Personnel Committee on Monday.
Committee members agreed that the position, vacant since October 2006, needs to be filled. A meeting will be scheduled soon to discuss the process for advertising the position.
“First and foremost, we must make sure that the issues our citizens are concerned with are addressed in a more timely manner,” Stoudenmire said. “When someone calls the office with an issue, we need someone who will follow through and communicate with the citizens. Our staff has reached the point that they are overworked, and as hard as we try to, we are not always successful.”
If council moves forward, a decision on how to pay an administrator will have to be made. Members discussed the pros and cons of making an administrator a city employee, or hiring that person under a contract. Hiring under contract could be less expensive to the city, members said.

Support
If an administrator is to succeed in Loris, he or she will need the support of council, councilman Mike Suggs said.
“He or she would need to know that the city council members will be supportive of the decisions made concerning personnel,” Suggs said. “Even if the position is part time, city employees need to know that the position is real, the decisions made by the position will be upheld by us, the city council members. What that person says, goes.”
Mayor Stoudenmire agreed.
“We have all been around each other for so long, and we are close and love each other, but we are running a business here, and we have to be prepared to stand tough if decisions are made,” Stoudenmire said.
Committee members suggested that meetings be held with each department, explaining the duties of the administrator. Employees will be expected to support their new boss.

Budget
While Suggs said the need for an administrator is urgent, Stoudenmire said city finances dictate that the position will be part-time, likely two days a week.
Flexible days could be discussed with any candidate, Stoudenmire said, but council will need to set a budget for the position and stick with it.
“We can only do so much,” Suggs said. “I have gone out in the pouring rain, to look at overflowing ditches because someone wanted me to see it. I went, because I think I should go, but I feel limited in what I can do.”

Work to be done
Committee members also addressed the urgency of hiring someone who can apply for grants that will solve many of the city’s problems, such as the water and sewage issues.
Most recently, committee members said, a section of the lines collapsed on US 701. It was a very expensive project, and the city cannot continue to absorb those cost without destroying their budget.
If an administrator can be hired quickly, his or her first task will be tackling a new contract for garbage collection. Council last week agreed to seek a new contract for that service as a contract with Waste Management, Inc. expires later this year.
There is other work to be done, the committee said, including:
•    Streetscape. That downtown revitalization project needs to be finished, Stoudenmire said.
“There is still money left in that project account, and we need to get busy using that money,” Stoudenmire said. “The area between Hardees and Bryant Street, and the sidewalk for the street next to the Rail Road track needs to be completed.”
•    Cleaning up the maintenance area, city owned property behind HTC and the former Carolina Furniture building off of Broad Street. Metal stored there could be sold for scrap, the committee said.