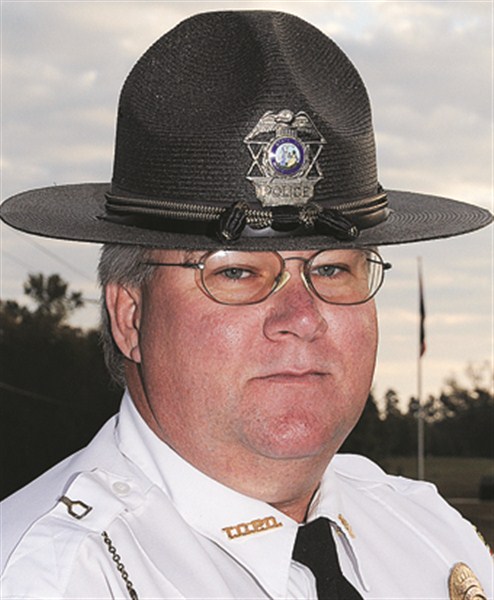 A jury delivered not guilty verdicts Thursday on three of four charges that former Det. Greg Sibbett of the Tabor City Police Department pointed a gun at two teen boys near his home nearly four years ago.
Jurors were unanimous in finding Sibbett not guilty on two counts of assault by pointing a gun, and one count of unlawful restraint in the April 15, 2009 case.
Jurors were split 9-3 in favor of acquittal on a second count of unlawful restraint. Prosecutors will have to take another look at that charge, and will decide later if it should be brought to trial, Assistant District Attorney Heath Nance said.
Nance was the second-chair prosecutor, aiding Assistant District Attorney Chris Gentry at trial.
Defense attorney Bill Phipps said a retrial would be a waste.
“They could bring that one count back,” Phipps said. “With a 9-3 vote for acquittal, I don’t think they will. It would be a big waste of the taxpayers’ money.”
Sibbett was indicted in December 2009 on charges of unlawful restraint and assault by pointing a handgun without legal justification.
He was accused of pointing a gun at, and transporting in his unmarked Tabor City Police Department vehicle, two boys who were younger than 16, near his home on April 15, 2009.
Those boys, Sibbett told sheriff’s deputies who responded, were running over trashcans and acting recklessly. Sibbett detained the boys, allegedly at gunpoint, and called for deputies because the situation was not in the town limits.
Prosecutors argued that Sibbett, outside of his jurisdiction, did not have authority to detain Joel McPherson, who was driving the vehicle, or Sidney C.J. Pittman. Both the Columbus County Sheriff’s Office and the North Carolina Highway Patrol refused to take charge of the case, failing to recognize Sibbett’s legal authority, Phipps said.
“Sibbett did everything that he was supposed exactly by what the law required him to do,” Phipps said. “The sheriff’s deputy and the Highway Patrol failed the test miserably, because they did not understand that an off duty law enforcement officer who is outside his jurisdiction can make the same kind of detainment that a private citizen can.”
Phipps said he believes the jury were unable to reach consensus on the county of unlawful restraint involving Pittman because he was a passenger in the vehicle driven by McPherson. Though Phipps argued that both teens were equally responsible, he said he apparently did not completely convince the jury.

Another trial?
Sibbett remains accused of assaulting Ricky Dale Turbeville, a Tabor City resident Sibbett arrested on Sept. 1, 2009. Sibbett allegedly punched Turbeville in the face, breaking his nose, during the arrest.
A prosecution motion to join the Turbeville case with this week’s trial was rejected early. That case has not yet been scheduled for trial, Nance said.
Look for more on this story in the March 13 Tabor-Loris Tribune print edition.