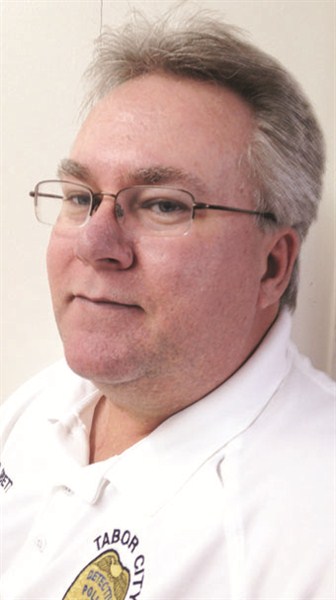 Former Det. Greg Sibbett is back on the job at the Tabor City Police Department, a week after his acquittal on one set of criminal charges, a day after a second set of charges were dismissed, Chief Donald Dowless said Friday.
Sibbett returned to paid duty more than three years after resigning as the department’s lead detective to focus on charges that he pointed a gun at two teen boys near his home nearly four years ago, and unrelated charges of assaulting a criminal suspect in his custody.
Sibbett has been an unpaid auxiliary officer, maintaining his innocence as the town stood beside him, Dowless said.
“I believed in Greg,” Dowless said. “And the jury found him innocent.”
Sibbett returned to paid duty at his former rank, lieutenant, now in charge of the patrol division, Dowless said.
A jury last week delivered not guilty verdicts on two charges of assault by pointing a gun and one count of unlawful restraint in an April 2009 case that involved him stopping two teen boys who were running over garbage cans near Sibbett’s home, outside of Tabor City.
That jury was split 9-3 in favor of acquittal on a fourth charge of unlawful restraint.
Still pending against Sibbett was a charge of assaulting Ricky Dale Turbeville, a Tabor City resident Sibbett arrested on Sept. 1, 2009. Sibbett was accused of punching Turbeville in the face, breaking his nose, during the arrest.
Prosecutors dismissed those charges Thursday, Dowless said.