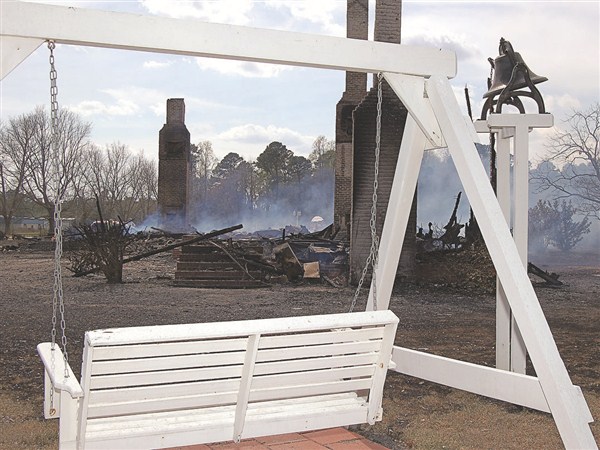 Fire of undetermined origin destroyed the historic Allsbrook-Rankin-Mishoe house just off of U.S. 701 south of Loris early Sunday.
Firefighters from Loris, Horry County and Tabor City responded to the 2 a.m. alarm, called in by a passing motorist who spotted flames from the historic structure.
Horry County firefighters remained Sunday afternoon, on guard for embers that might be blown from the ruins. An unrelated fire in the Carolina Forest area Saturday destroyed more than two dozen structures and displaced more than 100 people, county officials said.
Midway Fire Department has taken charge of the Allsbrook investigation because Horry fire officials are committed to the Carolina Forest fire and investigation, spokeswoman Leslie Yancey said.
Fire that was believed to be the work of arsonists damaged the house about five years ago, but substantial repairs were made. The house was used for a variety of private and public functions.
Look for more in the March 20 Tabor-Loris Tribune print edition. (Joyce Graham photo)