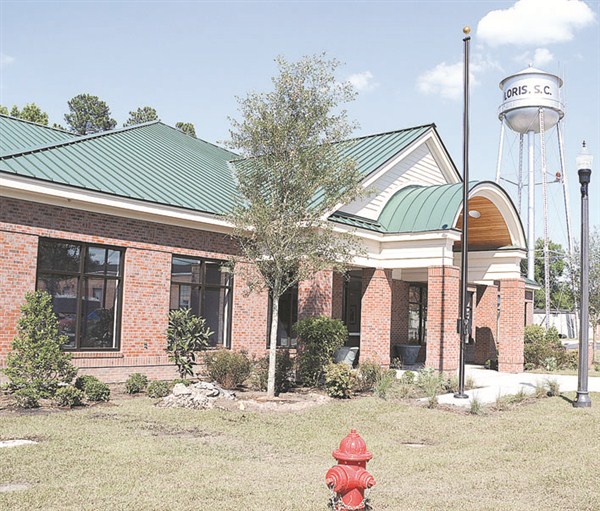 Collective community efforts that resulted in Loris’ new Public Safety Building has earned the city the Municipal Association of South Carolina 2013 Achievement Award.
Association officials announced winners last week, with Loris taking the honor in the 1,001 to 5,000-population category.
Innovation and excellence in local government is encouraged by the awards, the association said. Winners will be honored during the annual association meeting in July.
“We don’t know much about this yet,” Mayor David Stoudenmire said. “We will learn more, but this is a great honor for the City of Loris. It’s not just a reflection of the dedication of the City government and employees, but the citizens of Loris as well, as they are the ones who went to the polls and voted to increase the taxes to pay for the building.
“We were blessed with a $1 million grant, but the rest had to be financed, and the citizens stood tall for the betterment of our community.”
Mayor Stoudenmire, City Councilman Mike Suggs, Clerk Martha Dorman and employee Vicky Huggins all worked on the application submitted for the work and efforts put forth to attain the Public Safety Building.