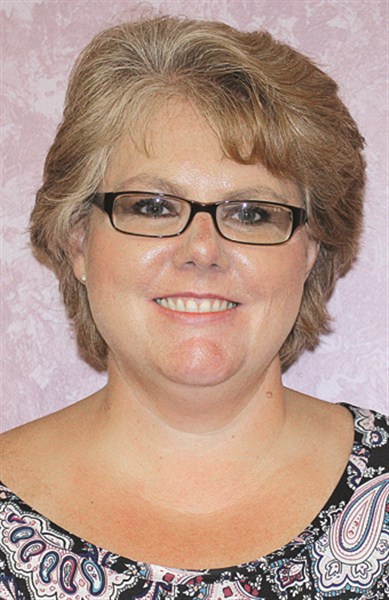 Complaints from some fire and rescue departments regarding Columbus County’s new $1.2 million radio communications system have county commissioners seeking answers.
Two departments have yet to start using the system, completed last summer, and Acme Delco Riegelwood Fire/Rescue Chief Steve Camlin has complained about areas not covered both in and out of the county, Emergency Services Director Kay Worley told commissioners Monday.

Paging
There are serious complaints about paging over the digital NextEdge trunking system, Worley said, and a review of the contract negotiated by former director Jeremy Jernigan shows no mention of paging.
Paging over the new digital system is inconsistent, Worley said, with tones sometime heard, but not voices, sometimes the other way around, and sometimes no call at all.
Paging has continued over parts of the old analogue system, Worley said, but some departments no longer have access to that equipment.
Early discussions of the new radio system included plans to maintain the old analogue system for at least three years to allow for paging on old pagers. There are no pagers – which receive calls and sound alert tones but do not transmit – available for the new system.
Hand-held radios on the new system given to fire and EMS departments include a paging channel that was county officials were told would work much like the pagers.
Dispatchers are now able to page calls to fire and rescue department members by text message to their cell phones, Worley said.
That did not sit well with commissioners.
“When we sent out request for radio company for new system, did we not itemize what we wanted?” Commissioner Amon McKenzie said. “Wasn’t paging included?”
“It should have been,” Worley said. “I can’t find documentation.”
“You can’t assume anything in a contract,” county attorney Mike Stephens said. “Paging was not a part of the contract.”
Worley said the original budget for the radio system included $15,000 to address paging, but that money was diverted.
Worley, who was not involved in the early negotiations with Fleet Connect in Sanford, said company president Nick Long has tried to solve paging issues, but that more equipment may be needed to improve the problem.

Coverage
Some coverage issues in the eastern part of the county appear related to the relatively low height of the Lake Waccamaw antennas, mounted on a town water tower. Worley said she is trying to fine a nearby cell phone tower and work with that company to find a higher perch for the equipment.
Adding a sixth tower site in Tabor City late last year, new equipment at Chadbourn and repositioning antennas at Nakina seemed to solve radio coverage issues in those areas, Worley said.
There have been few coverage problems reported by law enforcement agencies, Worley said, including the Sheriff’s Office. There is no perfect system, she said.
“We should have 90 to 95 percent coverage,” Worley said.
Paging, she said, “needs to be 99.9 percent.”

Assurances
Commissioners James Prevatte recalled a board meeting last year where Long addressed problems and promised solutions.
“That man stood there and said ‘I will make it right,’” Prevatte said. “We told him we didn’t want to pay him for something that was partially right.”
But Fleet Connect has been fully paid by the county for the system, Worley said, with state 911 funds covering the bulk of the cost. Those funds would have reverted to the state had they not been spent by last June 30, both Worley and county finance officer Bobbie Faircloth said.
County funds that covered the balance the cost were expended after the new fiscal year began last July 1, Faircloth said.
“It looks to me like of someone is selling you a bill of goods, if they are selling something they say will work and it won’t,” commissioner’s chairman Charles McDowell said. “What is our next step?”
“I think we need to exercise dissatisfaction to the company,” commissioner Amon McKenzie said, later in the meeting.
Commissioner Ricky Bullard said he was especially upset that Fleet Connect had been paid while problems persist, and asked that Stephens review the contract, audio tapes from Long’s meeting with commissioners last year, “everything we can muster, to prove we were either mislead, whatever the case might be. I think we all anticipated that what we would have better than what we have.”
Commissioners asked that Long and members of the county’s E-911 oversight committee, who made recommendations to Jernigan as the county explored radio system alternatives, meet with the board at its April 1 meeting.