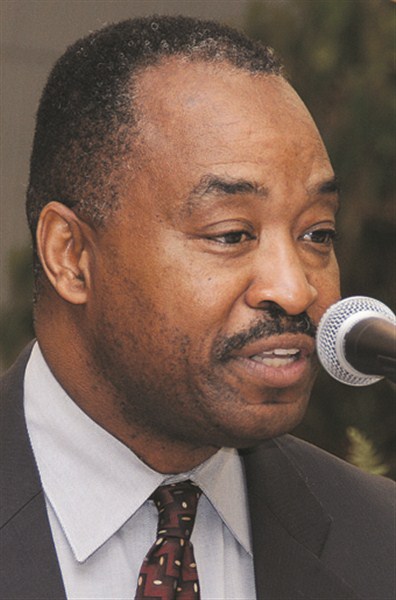 Springfest is nearing its Tabor City debut, and organizers of the inaugural two-part, weeklong celebration are motivated by the task at hand, excited by the support it has received, Rev. Llewellyn Dewitt of Tabor City First Baptist Missionary Church and chairman of a nine-member planning committee said last week.
Individual and business support is growing, Dewitt said, and town government has embraced the celebration in the month since council approved $1,000 in its support.
“Town government is backing this festival,” Town Manager Al Leonard said. “All of our departments. Police, Fire, Recreation, Public Works, we’re all wanting this to be very successful and to become an annual event.”
There’s much to do, and little time left, Dewitt said. A community cleanup day that will target Tabor City’s west side, generally bounded by Carolina Road, Lewis and Bay streets, kicks the week off on Saturday, April 6.
“That sort of sets the tone,” Dewitt said. “We want to make a dramatic difference in the way our community looks and is perceived. We hope to galvanize the community, to come together.”
Nearly 100 men, women and youth have already volunteered to take part, with plans to mow, clear overgrown lots, pick up litter and more.
Works begins about 8 a.m., and will likely extend into the afternoon, Dewitt said.

Festival
An important deadline for the April 13 Spring Festival is closing in quickly, Dewitt said. Food Vendors must sign up by March 28 in order to meet Health Department deadlines for review and inspections.
A prayer breakfast will kick the day off at 8 a.m. at Tabor City Middle School. Reservations for the breakfast are $5 per person, to cover the cost of the meal.
A 10 a.m. parade will begin at the school, wind down School Street to Carolina Road, back to NC 904 then on to Lewis Street, Bay Street, and back to West 6th Street where the main festival events will be held.
Entertainment will be staged in front of Great Grace Church, facing Lewis Street, and vendors will be set up in that parking lot, down West 6th Street, and possibly in other areas, Dewitt said.
Cook-offs, auctions, crafts, and more are planned.
Organizers began considering a new festival, something to bring Tabor City together in the spring, late last fall, Dewitt said. Springfest remains a work in progress, though much progress has been made.
“We don’t have an identity yet,” Dewitt said. “We’re not trying to compete with the Yam Festival or any other local festival. But we’re trying to offer an alternative to the Azalea Festival.”
Held in Wilmington, the annual Azalea Festival will take place the same weekend as Springfest. Dewitt said Springfest is not competition, just a local alternative.