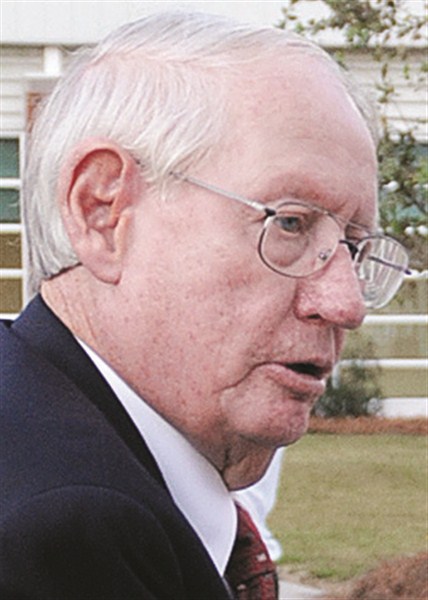 Watson Smith Rankin “understood the beauty of life,” former colleague Danny McPherson recalled Tuesday.
Rankin, a legendary Columbus County educator who served as principal at Williams Township School from 1965 through 1983, died Monday at Lower Cape Fear Hospice House in Whiteville. He was 81.
Visitation was planned from 6 to 8 p.m. on Wednesday, March 27 at Hardwick Funeral Home in Loris.
Funeral services were to be held at 11 a.m. Thursday, March 28 at First Presbyterian Church in Loris.
See the complete obituary here.

Mentor, gentleman
“He was my mentor, I guess my first mentor in administration,” McPherson said.
McPherson followed Rankin as principal at Williams Township after serving two years as assistant principal. Students from Kindergarten through grade 12 were served at the school in those days, and Rankin embraced the community during his 18 years as principal.
“He knew people,” McPherson said. “Even though he was a transplant into the Williams Township area, he knew people as well as anyone.
For much more of this story see the March 27 Tabor-Loris Tribune print edition.