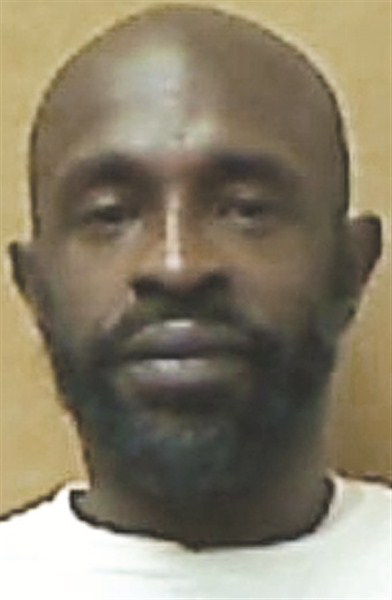 James Rico Gore, a Tabor City man charged in January with a violent assault that left a town police officer’s jaw dislocated, is off to prison after entering a guilty plea in Columbus County Superior Court.
Gore, 42, of West 6th Street, was admitted to the Craven Correctional Institution in Vanceboro on Thursday, beginning an 11 to 16 month prison term after pleading guilty to felony assault in the Jan. 29 attack on Officer Matthew Turner of the Tabor City Police Department.
Gore was given credit for 65 days he’s spent in jail awaiting trial.
Gore was initially charged with felony assault on a law enforcement officer with serious injury and a misdemeanor count of resisting police. New charges including assault by strangulation, assault with a deadly weapon, going armed to the terror of the people, and discharging a firearm in the town limits were added days later, and Gore was held in jail under bonds that totaled $176,000.
Gore had been charged in August of last year with resisting police in an incident that ended only after he was twice shocked by police with a Taser.
After the January attack, Turner said he feared for his life as Gore beat him and he rolled over to protect his gun as his attacker reached for it.
Turner said the assault ended as abruptly as it began.
“It was just like he gave up,” Turner said at the time.
Turner had Gore in cuffs and in the back of his patrol car as other officers arrived to help him.
Gore was convicted in 1995 of assault on an officer, in 1990 of assault on a female, and also has theft and drug paraphernalia possession charges on his criminal record.
Posted in News