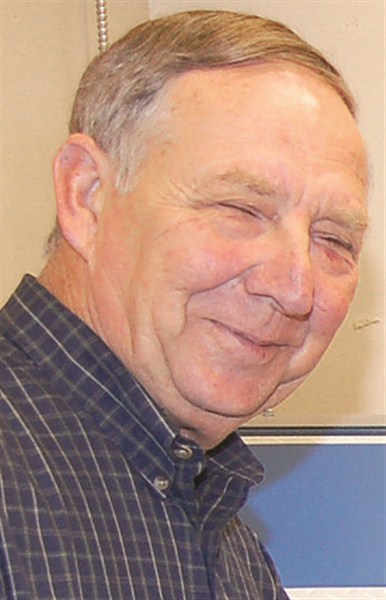 Waste Industries’ apparent low bid to take over garbage hauling services for the City of Loris wasn’t the low bid after all, City Council members said after awarding the five year contract to American Waste Systems on Monday.
Waste Management, Inc., the city’s current trash hauler, wasn’t in the running. City officials last week said the Waste Management bid was the highest of four submitted.
Public Works Committee members meeting last Tuesday voted unanimously to recommend the contract award to Waste Industries. Committee members did an about-face six days later, with council unanimous in its award to American Waste.
“I am very confused, and would like to know why this appointment was overturned,” Waste Industries’ Conway General Manager John Bosch told council. “Ours was the low bid by a significant margin, and we can’t imagine why the bid would be awarded to another company at this point in time.”

CPI vs. fuel
Mayor David Stoudenmire referred Bosch to Public Works Director Rodney Hardee, who later said a deeper look at the bids from both firms seemed to indicate a cost savings from American Waste over the life of the contract, as long as fuel prices don’t soar.
Waste Industries’ bid contained a built in fee increase based on the Consumer Price Index, a cost of living barometer that reflects a number of factors that impact the cost of doing business.
American Waste’s bid, Rodney said, had no CPI based increases. Fee increases during the five years of the contract would only reflect higher fuel costs under the American proposal.
“We tried to figure out which was most risky,” Hardee said. “We felt like the fuel surcharge was less risky.”
Either index could fluctuate in ways that could make the other look worse in hindsight, Hardee said. Current thinking is that the CPI will remain at an annual level of about 2 percent, while fuel costs will rise and fall seasonally, but not so dramatically on an annual basis.
“Fuel would have to bounce in the range of $5 per gallon to offset the CPI that we expect to see,” Hardee said. “that’s something I don’t think the feds will let happen because of what it would do to the transportation industry.”
Only time will tell if council’s decision was best, Hardee said.
“We’re hoping we made the right decision,” Hardee said.

What?
Waste Industries leaders were clearly taken by surprise, leaving last Tuesday’s meeting with the support of the council committee, and receiving a letter of intent from the city the next day. They were given no opportunity to respond to the new findings of council.
Mayor Stoudenmire said Waste Industries’ $1.52 million bid was just $13,562 lower than the proposal from American Waste, before the CPI vs. fuel surcharge comparison was made. He called that comparison a deal breaker.
American Waste was represented at Monday’s meeting by Jim Heustess and Tish Sealey. He was unavailable Tuesday for comment on the contract award.
Waste Industries Corporate Attorney Grady Shields, in a written response to a request for comment on Tuesday, said the company did not understand council’s decision.
“We are confused and disappointed with yesterday’s council decision,” Shields said. “On May 1, we received a letter of intent from the Public Works committee recommending the award to the lowest bidder – Waste Industries. The committee acknowledges within the letter that their recommendation is based on their full review of each proposal citing service level and cost in their final decision.
“Since the initial bid opening, we have made numerous attempts to retrieve the bid information and each attempt was denied. We look forward to reviewing these documents when they become available.” – Additional reporting by Editor Deuce Niven