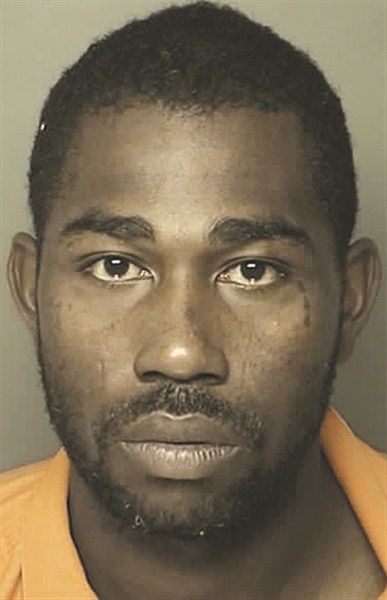 A guilty plea in a 2012 kidnap and rape case has sent a Tabor City man to prison for the next 25 years, a spokesman for the 15th Judicial Circuit Solicitor’s Office said Wednesday.
Anthony Jamell Grate, 33, entered the guilty plea to first-degree criminal sexual conduct and was sentenced by Circuit Court Judge Larry B. Hyman in Conway. His Grate’s prison sentence is without the possibility of parole.
Grate was initially also charged with kidnapping and armed robbery. Those charges were dropped in exchange for the guilty plea.
A 47-year-old woman from Horry County told county police officers that she had left her van unlocked while doing some business in the Wilco-Hess convenience store in Loris on May 6, 2012, a police report filed at the time said.
After leaving the store, “an unknown male appeared from the back of her van and told her he just needed a ride, and was not going to hurt her,” an Horry County Police Department report said.
The woman told police that the man forced her to commit a sex act and raped her. She said the man then told her to drive to Tabor City, eventually old her to slow down, and jumped from the moving vehicle.