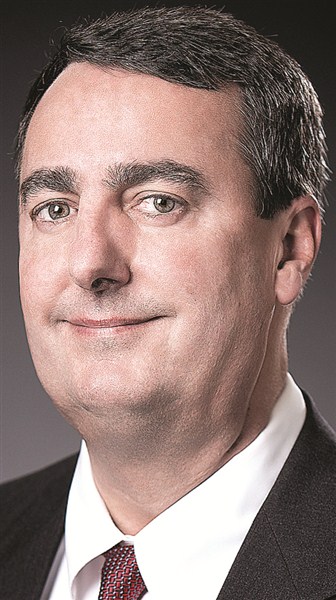 BB&T branches in Fair Bluff and Lake Waccamaw will close later this year, leaving both communities without a banking institution.
Just when those branches will close was not clear this week, BB&T spokesman Brian Davis said, estimating that the closures are a few months away.
Bank officials were just beginning the process of notifying customers on Tuesday, he said.
Requests to close the two Columbus County branches were received by the North Carolina Commissioner of Banks on Monday, and approved that day, spokeswoman Ha Nguyen said.
State regulators have approved 33 recent requests to close BB&T branches, including eight in North Carolina and eleven in Virginia, documents on file with the Commissioner of Banks show. No requests to close branches in South Carolina were shown in the files.
“This was a decision that was made over many, many months,” said BB&T Southeastern Regional President Phil Marion.

‘Nail in our coffin’
It was a decision that caught local officials by surprise, Fair Bluff Mayor Randy Britt said.
“It’s another nail somebody’s trying to nail in our coffin,” Britt said. “I’ve been talking to people most of the day about that. There are some mighty disgruntled people in the Fair Bluff area.”
“When we found out about it, it spread like wildfire through Lake Waccamaw,” Town Manager Darren Currie said.
Fair Bluff once had two banks, but that hasn’t been the case for some years, Britt said. Lake Waccamaw has never had more than one bank, Currie said.
For Fair Bluff, BB&T’s decision seems to follow a pattern set by First Union Bank, which left the river town as its operations grew.
“When First Union got to a certain size, they had no use for Fair Bluff anymore,” Britt said.
Britt said he understands the reasoning BB&T might use to shut down the branch.
“I don’t think they were losing money,” Britt said. “But their criteria are their criteria.
“Decisions are made, it seems like they are very impersonal.”
Marion would not say if either the Fair Bluff or Lake Waccamaw BB&T branches were profitable.
“There are many, many factors and many metrics that we evaluate,” Marion said. “We evaluate customer usage patterns to determine the efficiency of our operation.”
“What can we do about it?” Britt said. “I don’t know. I would hope they would reconsider, it’s a killer to us.”
“It kind of makes it bad for the elderly folks and businesses here,” Currie said. “We’re just trying to get our hands around it, and trying to figure out what to do.”
Currie said the loss won’t help efforts to bring new business to the lake town.
“Not having a financial institution in town, that really does make a difference,” Currie said.
BB&T customers in Fair Bluff will be encouraged to use the Tabor City branch, while those at Lake Waccamaw will find the Courthouse Branch in Whiteville their closest alternative, Marion said.

Difficult decision
Marion said the decision to close the branches followed several years of review.
“We recognize that any business closing can be an emotional issue for a community,” Marion said in a prepared statement. “For that reason we do not take the decision to close a financial center lightly.”
Marion said customers will still be able to use telephone and on-line banking services provided by BB&T, and that the branches in Tabor City and Whiteville are about 15 minutes away from those offices in Fair Bluff and Lake Waccamaw, respectively.
Employees of the two branches will either be offered new jobs at other offices, of severance packages and outplacement services, Marion said.