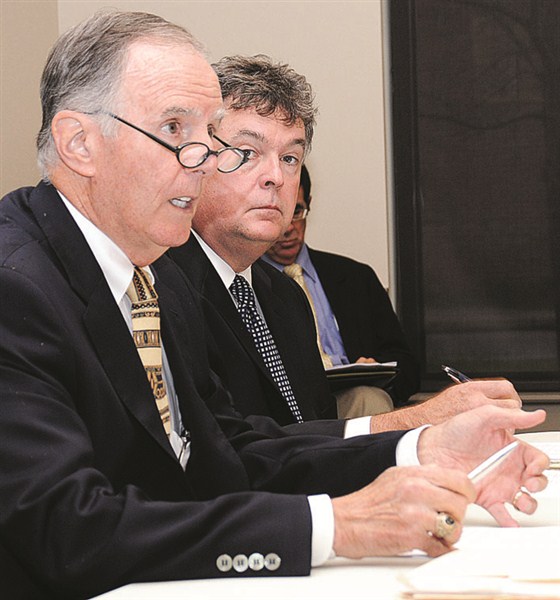 With Carolina Southern Railroad owners again conspicuously absent members of the Interstate Railroad Committee meeting Wednesday in Loris expressed no confidence in renewed efforts for a federal grant to get trains rolling again.
No municipal or county government stepped up to sponsor another TIGER (Transportation Investment Generating Economic Recovery) Grant application on behalf of the railroad and owner Ken Pippin.
Neither Ken nor his son Jason Pippin were present for the meeting held in the Loris Public Safety Building. Chairman Doug Wendell said the Pippins offered to attend by telephone conference, and that he declined that offer.
Wendell said there has been no visible effort by the Pippins to restore rail service, idled for nearly two years now, outside of hoping for government support of a new TIGER application.
Horry County sponsored a 2012 TIGER application, which was turned down.
Committee members, after meeting in closed session, said they were frustrated by the lack of action by the Pippins, their failure to make tax and fee payments on behalf of the railroad, and their lack of action to make needed repairs and improvements to the tracks that cross Columbus, Horry and Marion counties.
For much more on this story see the May 22 Tabor-Loris Tribune print edition.