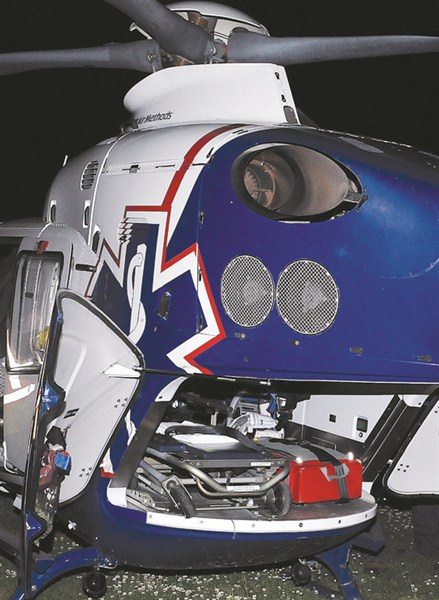 At least two men were injured in a motorcycle crash  in Tabor City Saturday afternoon, Fire Chief Jerry Hodges said.
“It was all motorcycles,” Hodges said of the 2:40 p.m. crash on U.S. 701 Bypass at Complex Street. It appeared the motorcycles were heading for bike week activities in Myrtle Beach.
One of the men was taken by Airlink helicopter, apparently to New Hanover Regional Medical Center in Wilmington, Hodges said. His injuries did not appear life threatening, but did appear serious.
“He couldn’t feel below his waist,” Hodges said.
A second man was taken by ambulance to McLeod Loris hospital in Loris.
Fellow riders paused before leaving the scene.
“They all gathered up and had prayer,” Hodges said.
Motorcycle traffic in and around Tabor City has been busy as the weather has warmed, and with two separate bike week events taking place on the Grand Strand in recent weeks. A second motorcycle crash was reported near the first, on Complex Street at NC 904, just before 4 p.m. Saturday, just minutes after emergency crews cleared the scene of the first crash.
For additional details see the May 29 Tabor-Loris Tribune print edition.