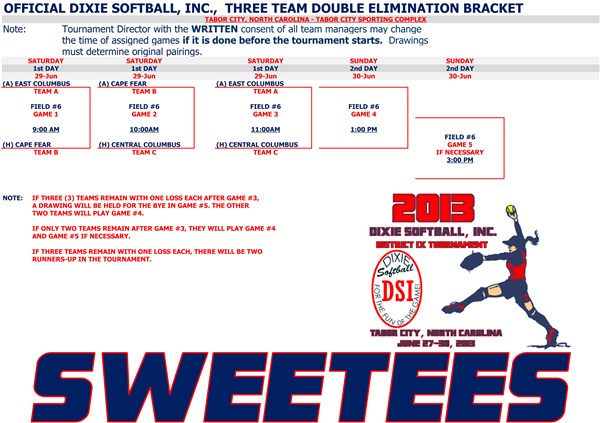 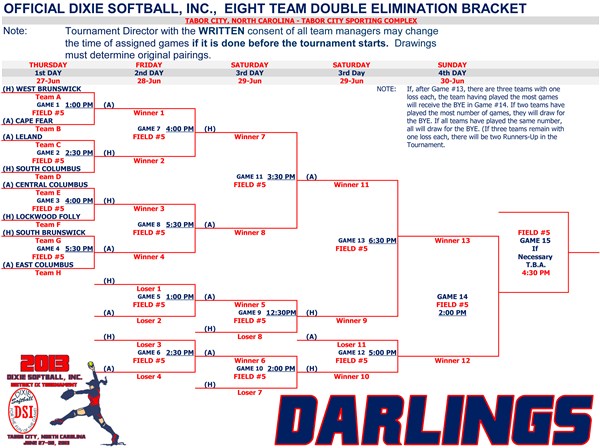 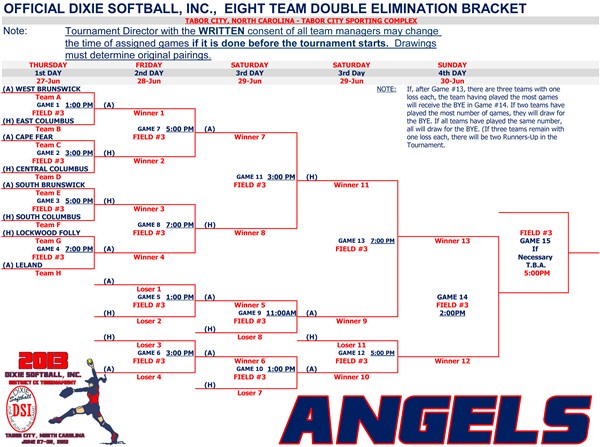 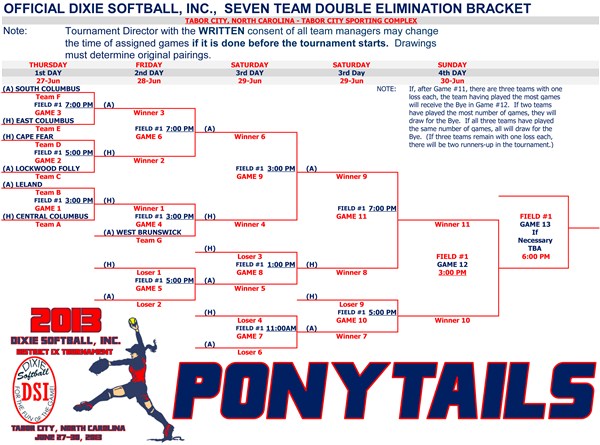 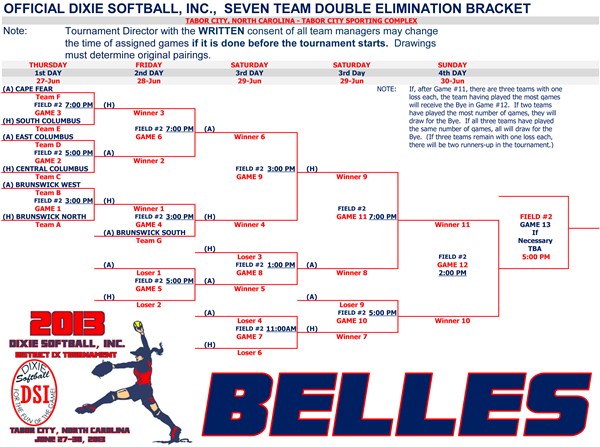 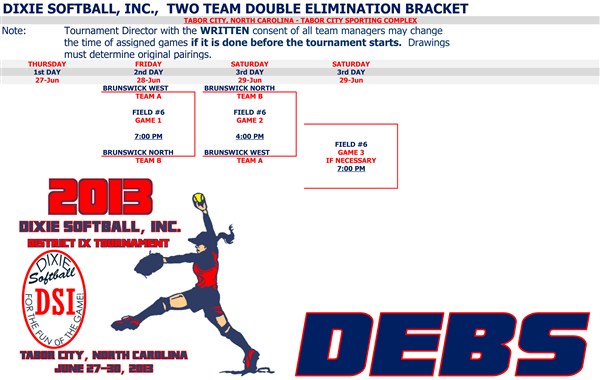 Dixie Girls Softball takes over the Tabor City Sports Complex this week with the 2013 District 9 Tournament’s scheduled four-day run.
Action begins Thursday as 35 teams compete in six divisions. Teams from Columbus, Brunswick and New Hanover counties are slated to take part in the double-elimination tournament. Winners in each division will advance to the 2013 Dixie Girls Softball State Tournament scheduled for July 13 to 17 in Lillington.
Dixie Girls age brackets are Sweetees (age 5-6), Darlings (7-8), Angels (9-10), Ponytails (11-12), Belles (13-15) and Debs (16-19). Opening round play in most divisions is Thursday, with the Debs to start play Friday, Sweeties on Saturday.
Complete brackets are posted with this story.