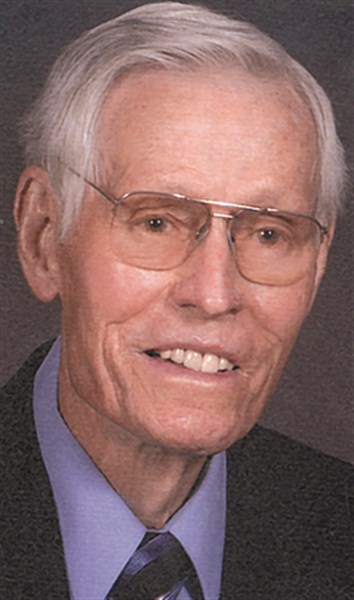 Herbert Earl Stanley of Troy died Wednesday, June 26 at First Health Moore Regional Hospital, Pinehurst. He was 84.
Born November 8, 1928 in Tabor City, he was the son of Jonathan Dewey and Lela Beck Stanley.
Earl grew up in Tabor City where he was an outstanding athlete at Tabor City High School. In 1951 he moved to New Bern and lived there until he and his wife, Ellen moved to Troy in 1966.
He was a faithful and active member of First Baptist Church of Troy where he served on the deacon board. He was also a member of the Baptist Men.
During his working career, Earl was formerly employed by Merita Breads, Sealtest Milk, Coble Dairies and Azalea Meats. He then was hired by Greensboro News and Record where he retired as circulation manager after twenty-five years of service. After retirement, Earl became a courier for First Bank.
He was a US Army veteran of the Korean War.
Earl was involved in his community. He was a former member of the Jaycees and Civitan Club; a former foundation board member of Montgomery Community College; a member of Troy Masonic Lodge #718, a 32nd degree mason and a shriner.
Earl was introduced to the game of golf in 1967 by his friend Joe Reynolds.  From then on he loved to play the game.
In addition to his parents, he is preceded in death by his siblings:  twin sister, Pearl Stanley, Grace Small, Esther Simmons, and Ruthene Cox.
He is survived by his wife of sixty-two years: Ellen Buffkin Stanley of the home; four children: Suellen Stanley Arnett and husband, Gary of Laurinburg, Vicki Lee Stanley of Red Springs, Herbert Earl (Stan) Stanley, Jr. of Troy, Anne Stanley Myers and husband, David of Laurinburg; two grandsons: David Scott Myers, II and Michael Stanley Myers.
Funeral services with Dr. Phillips McRae officiating were held at 2 p.m. Friday, June 28  Burial, with Masonic rites, was in Southside Cemetery, South Main Street, Troy.
Memorials may be directed to First Baptist Church of Troy, “Window Fund”, P.O. Box 442, Troy, NC 27371.
A guestbook is available at here.