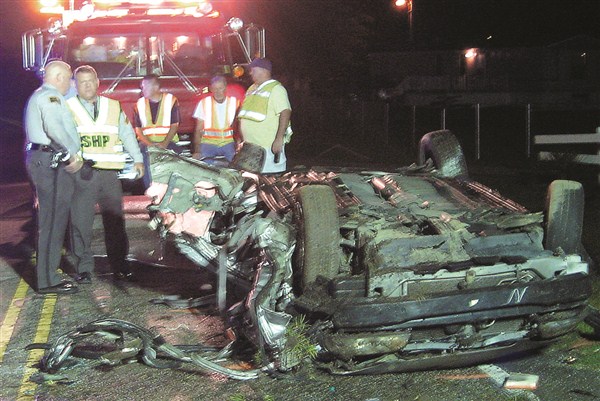 Highway Patrolmen and firefighters on the scene of an early Sunday crash involving Trooper Brent Baxley and a car officers said sped through a patrol checkpoint before crashing on Peacock Road. (Tabor City Fire Department photo)