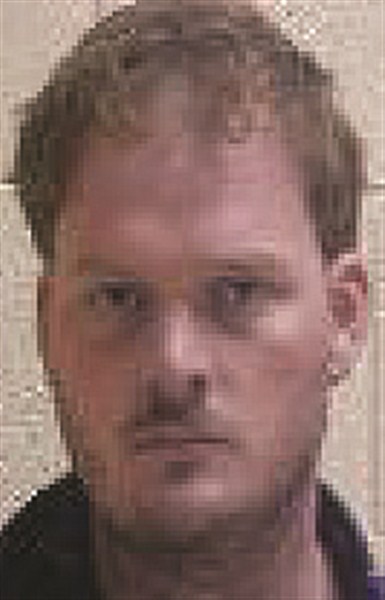 A robbery suspect whose high-speed flight from sheriff’s deputies in 2012 led to a crash that claimed the wife of a Chadbourn woman could spend nearly 24 years in prison following his guilty plea in Columbus County Superior Court, District Attorney Jon David said in a news release.
Lloyd Thomas Buffkin, now 33, of Sidney-Cherry Grove Road in Tabor City, entered guilty pleas to second-degree murder, common law robbery and assault on a government official.
Joye Campbell, 56, a newlywed just a month shy of her first wedding anniversary, was killed instantly when Buffkin sped across U.S. 74-76 on Hallsboro Road about 4 p.m. on March 22, 2012, David said.
Buffkin had taken flight after grabbing cash from a convenience store and passing at least to sheriff’s deputies responding to the store’s call.
He also fought with deputies following his arrest, David said.
Superior Court Judge Jack Hooks sentenced Buffkin to serve from 225 to 282 months in prison, 18 years and nine months to 23 years and six months.

Robbery, flight
Buffkin was inside the Master Mart convenience store on NC 130 at Old Dock for about an hour before reaching across the counter and snatching the cash register drawer and its contents, investigators said then.
Taking the drawer and money, Buffkin fled the store in his black Chevrolet truck, cutting quickly over to Hallsboro Road and heading north, to Hallsboro.
Deputies responding to the robbery call came down NC 130, and headed to Hallsboro Road at Hallsboro. Two deputies had come through the small community, and met the truck south of old U.S. 74.
Buffkin apparently never slowed as he approached the divided, four-lane U.S. 74-76, headed north, investigators said. David said his speed was estimated at 60 miles per hour when he slammed into Campbell’s small car.
Deputies said that though they had turned to pursue Buffkin, they never got close enough to consider it a chase.
Complaining of wrist pain following his arrest at the scene of the crash, Buffkin was taken to Columbus Regional Healthcare in the back of a patrol car.
As Deputy Melanie Avant stopped to make a left turn at the hospital’s emergency entrance, Buffkin lunged forward, reaching for her handgun, which was secure in her holster,” Capt. David Nobles said then.