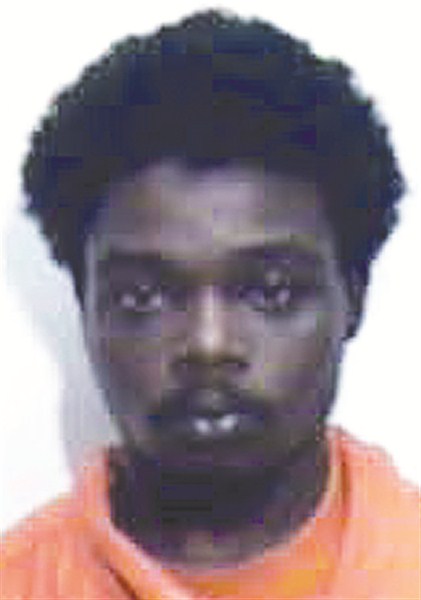 A robbery that went wrong and ended with the shooting death of one of the robbers is one version of an early morning killing in a Whiteville city park Monday, Det. Ted Dixon of the Whiteville Police Department said.
Amy D. Sasser, 37, of Columbus Street, died in the poorly lighted park after suffering a gunshot wound to the face about 2:30 a.m., Dixon said.
Darian Kavon Moore, 22, of Virgil Street, was arrested, charged with murder in the death of his girlfriend, and armed robbery. He was held at the Columbus County Detention Center on a $50,000 bond Monday.
Curtis Patrick Lawrence, 41, of Lennon Street, was the victim of the armed robbery attempt, and was uninjured in the scuffle and gunfire.
Moore fell on a glass bottle during the fight with Lawrence.
“He cut his bottom,” Dixon said of Moore. “Had to have some stitches.”

Triangle?
Moore and Sasser were “boyfriend and girlfriend,” Dixon said. “Lawrence was interested in Sasser, too.”
Moore told police that Sasser lured Lawrence to Felix Smith Park on Franklin Street, where they planned to rob him.
“Moore pulled a gun, and tried to make Lawrence give him money,” Dixon said. “That didn’t work out, and Lawrence lunged at him. Lawrence is quite a bit bigger than Moore.”
Sasser then appeared from the darkness, and according Moore jumped on Lawrence, Dixon said.
In the scuffle the gun dropped, and both Lawrence and Sasser fell to the ground.
“Moore picks the gun up,” Dixon said, “and he fires a shot. He think’s he’s shooting Lawrence, but he shoots Sasser.
“It’s dark back there, really dark.”
Moore said Sasser was his accomplice in the robbery, and was coming to his aid, Dixon said.
Lawrence saw it differently, telling police he thought Sasser was trying to get Moore off of him.
“We obviously can’t ask her,” Dixon said.