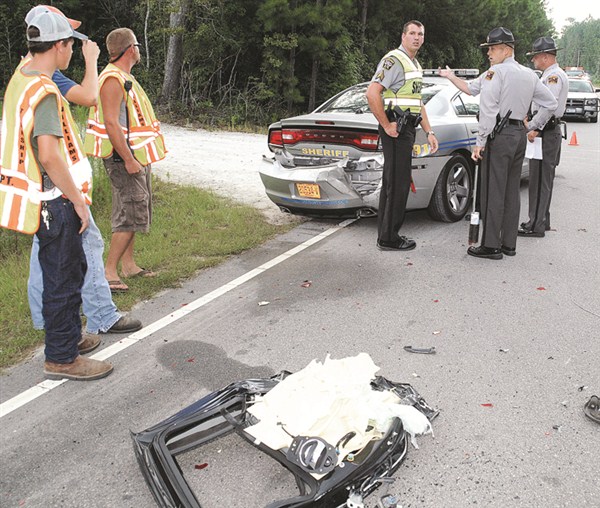 Troopers, deputies and firefighters on the scene of an officer-involved crash Thursday morning. (Deuce Niven photo)

There appeared to be only one minor injury in a highway crash involving a Columbus County Sheriff’s Office deputy on M.M. Ray Road Thursday morning.
Troopers with the North Carolina Highway Patrol were investigating, and spoke with the deputy on the scene before noon. One person in a black Chevrolet HHR was taken to McLeod Loris hospital by Tabor City Emergency Services ambulance, while Williams Township Fire Department members handled traffic control on the two-lane highway. That man walked to the ambulance and did not appear to be seriously hurt.
Look for more on this story in the Aug. 14 Tabor-Loris Tribune print edition.