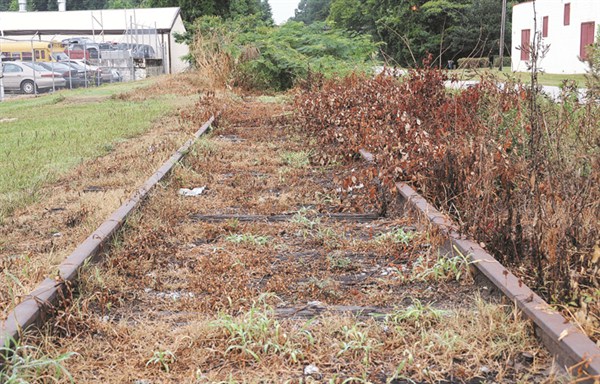 Action that could result in the forced sale of Carolina Southern Railroad (CSR) – its engines serving Columbus County, Horry and Marion counties idle for the past two years – was taken by Horry County Council on Tuesday.
Columbus County Economic Development Director Gary Lanier, who serves on an Interstate Railroad Committee that has been working for nearly a year to get the railroad back on track, said Horry County’s action could be seen as a “shot across the bow” of the railroad and its owner, Ken Pippin.
Council’s action to fund $3,500 for a Chicago attorney will bring the railroad’s failure to operate before the U.S. Surface Transportation Board (STB).
Pippin spoke to council Tuesday as it considered funding the attorney, and discussed more than $320,000 the railroad owes the county for back taxes and lease payments on county-owned track between Conway and Myrtle Beach.
CSR shut down some 100 miles of tracks in three counties in August 2011 when 14 of its bridges failed federal inspections. Pippin has made several attempts to secure grants for those repairs, all denied.
Members of the regional committee working to restore the line earlier this summer gave a vote of no-confidence in CSR, saying Pippin and his son Jason have failed to provide financial and maintenance documents they requested.
The Pippins, through Conway attorney Tommy Brittain, said they are in negotiations to sell the railroad.
Lanier, on Wednesday, said a sale might be the best way to get the railroad running again, and could happen either voluntarily or if forced.
Horry County Administrator Chris Eldridge said hiring the Chicago attorney would be a first step in getting the STB to take a look at the failed operations of Carolina Southern.
Ken Pippin, speaking to council, seemed unconcerned.
“I’m not sure what the Surface Transportation Board can do,” Ken Pippin said. “If we can’t fix the bridges, I don’t know how the Surface Transportation Board can make us fix them.”
Lanier said his reading of federal law should give Ken Pippin reason to worry.
“If you’re a common carrier, and you’ve failed to maintain the infrastructure to provide that service, they can force a sale,” Lanier said.