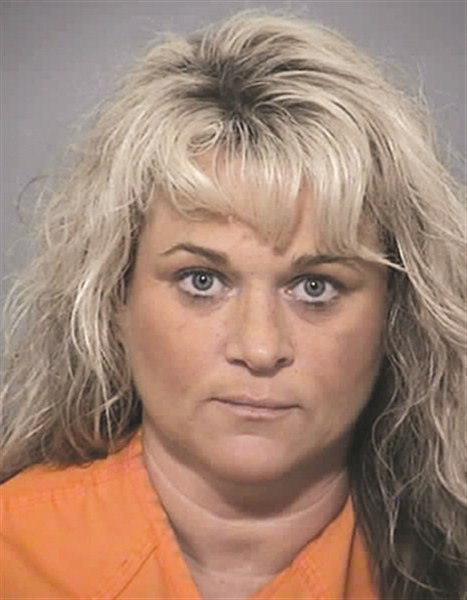 UPDATE: Horry County detention records incorrectly showed that Connie Francis Gablehouse was jailed following her arrest in North Myrtle Beach on Tuesday.
Gablehouse, in her Tabor City office late Tuesday afternoon, said she had cooperated with police in North Myrtle Beach, and drove there Tuesday morning to face the misdemeanor warrant. She said her wait was longer than expected, because a judge was not present when she arrived, but that she was never incarcerated.
She said she has hired an attorney, and does not believe she will be successfully prosecuted.
Below is our original story, with the incorrect information removed.

Connie Francis Gablehouse, President of the Greater Tabor City Chamber of Commerce, was arrested in North Myrtle Beach on Tuesday, charged with misdemeanor assault and battery in the third degree in an Aug. 3 incident.
Gablehouse, 44, is accused of attacking a woman at the Wild Wing Cafe on Hwy 17 South in North Myrtle Beach at about 2 p.m. on Aug. 3, a report by North Myrtle Beach Department of Public Safety Officer Jeff Shuster said.
The woman, whose name was redacted in the report released by the city, told police that a woman came into the restaurant, asked for her, and said she wanted to talk about something that had happened earlier.
That woman had been involved in an earlier altercation with Gablehouse’ daughter, she said later Tuesday.
“I would do it again,” Gablehouse said of her confrontation with the woman. “That woman jumped on her.”
The victim told police she had never seen her attacker before.
The victim said she was punched, slapped and pushed by her attacker, and police noted visible redness, scratches and red marks on the woman’s face and blood on her shirt.
Gablehouse, of Walter Todd Road, Clarendon, was positively identified later, an Aug. 7 police report said.
Gablehouse owns Elite One Insurance in Tabor City, and was installed as President of the chamber in February.