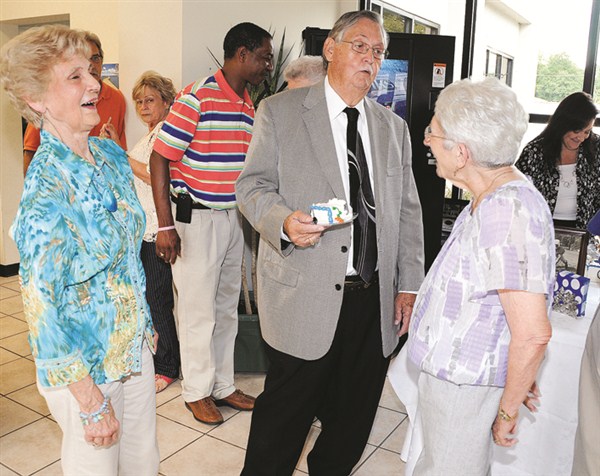 Jack Miller (center), the voice of WTAB radio in Tabor City for decades, was taken completely by surprise during a reception held in his honor at the Tabor City Visitor Center Thursday.
Receiving a “Key to the City” from Mayor Royce Harper set the stage for tributes from longtime friends, and preceded some refreshments.
Ruby Shelley (left) and Anna Long were among those sharing some light moments. Shelley is a former WTAB employee, Long is the first person Miller met when he moved to Tabor City in 1973.
Look for more on this in the Aug. 28 Tabor-Loris Tribune print edition.