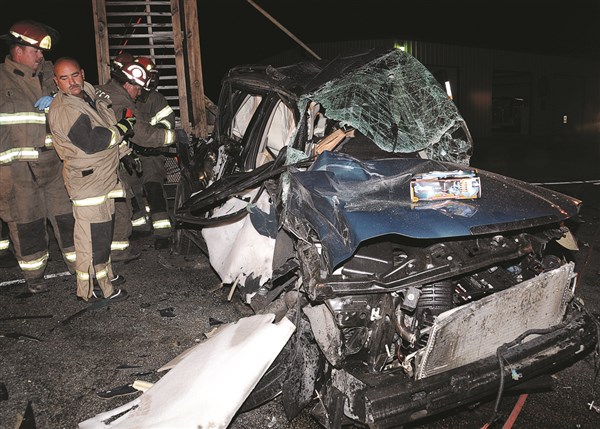 A South Carolina man died and several people were taken to area hospitals, one by helicopter, as a result of a three-vehicle crash east of Tabor City Sunday night.
James Kenneth Allison, 30, of Longs in nearby Horry County, was pronounced dead at the scene of the 9:45 p.m. crash on NC 904 at Sandy Plains Church Road, Assistant Columbus County Coroner William Hannah said.
Allison’s vehicle was badly damaged in the crash. A female passenger crawled from the wreckage after the crash. It appeared that the vehicle was hit on both sides, with two full-sized pick-up trucks also heavily damaged.
A pre-teen from one of the trucks was taken by AirLink Helicopter to new Hanover Regional Medical Center in Wilmington, and NC 904 was shut down for about two hours as victims were taken to hospitals and the North Carolina Highway Patrol began an investigation.
Look for more on this story in the Aug. 28 Tabor-Loris Tribune print edition.