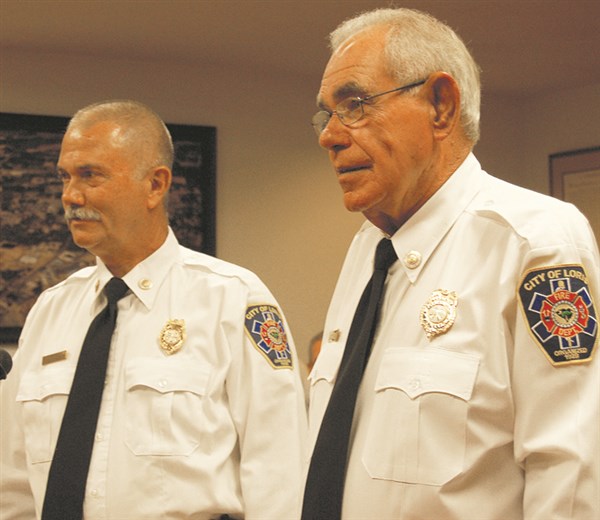 In an event so rare that no sitting member has ever witnessed it, Loris City Council Tuesday named Capt. Larry Hickman as the new Loris Fire Department Assistant Fire Chief.
Nominated by Chief Jerry Hardee, Hickman won unanimous support from council to fill the position left vacant by the death in July of Rodney Hardee.
Hickman, a 48-year veteran of the department, had seen the last changing of the leadership guard at the LFD, nearly 30 years ago.
Chief Hardee announced several other promotions that resulted from moving Hickman into the department’s number two post. Jimmy Powell follows Hickman as Captain, and William Caines moves to Lieutenant. Shane Brent will continue to serve as a Lieutenant.
Mayor David Stoudenmire said council members were appreciative of the experience, one they had not been forced to make during their tenures.
For more on this week’s Loris City Council meeting see the Sept. 4 Tabor-Loris Tribune print edition.