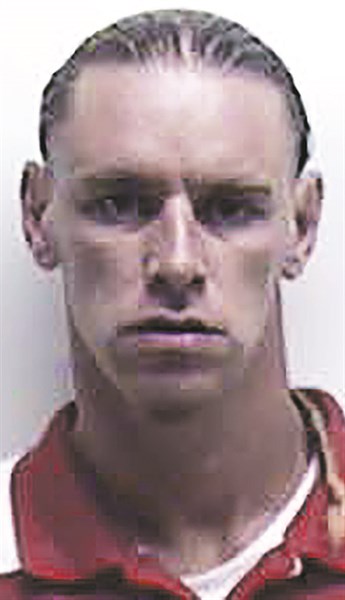 Charged with kidnapping during a break-in that terrorized a Tabor City woman Wednesday morning, Christopher Lee Byrd had an explanation for his deeds, a Tabor City Police Department report shows.
“You know why, I have a problem,” Byrd said after Mary Annette McDaniels asked why he was stealing property from inside her Ray Street home.
Byrd, 31, was charged later last Wednesday with second-degree kidnaping, breaking and entering, and larceny of a flat screen TV worth $300 and $630 in cash. Records show home addresses for Byrd on Worth Street and Blue Sky Road, Tabor City. He was held at the Columbus County Detention Center under a $50,000 bond.
McDaniels, 52, told Lt. Greg Sibbett that she was home with her invalid mother, who is 74, when Byrd came into the house through a bedroom window about 8 am. Wednesday, the officer’s report said.
First taking her phone from her so she could not call police, Byrd took cash from McDaniels’ pocketbook before he “plundered through the house looking for prescription medicine and could not find any,” the report said.
After Byrd grabbed the TV and its remote control from the bedroom, McDaniels asked her question. Byrd replied, handed McDaniels her phone “and told her to go ahead and call the police now,” the report said.
Byrd was gone before police were called. Neither McDaniels nor her mother were hurt, the report said.