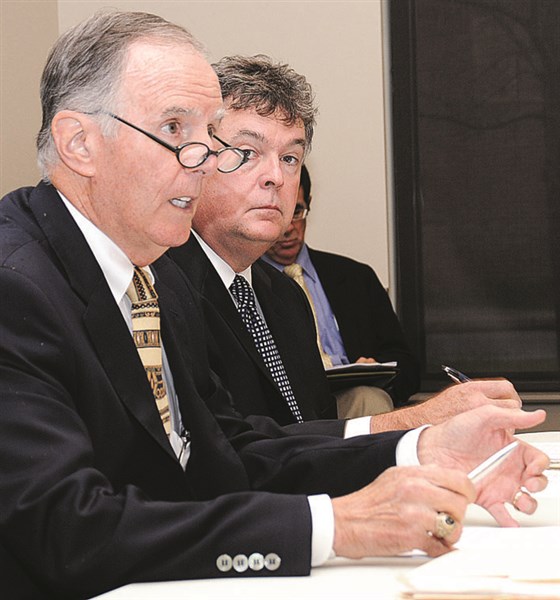 With frustration evident over a lack of public progress in efforts to restore rail service to Columbus, Horry and Marion counties, members of the Interstate Railroad Committee of North and South Carolina (IRRC) are going virtual with their meetings.
Until there is a pressing need to gather, committee members agreed that they would keep informed via e-mail for the time being.
IRRC co-chair Dennis Worley said the group has a policy and pattern of openness, and that reporters would receive all of the e-mail correspondence sent to committee members.
Members gathering in Loris Thursday agreed to put off physical meetings several called frustratingly unproductive, especially in the frequent absence of Carolina Southern Railroad (CSR) owner Ken Pippin.
Pippin was absent again Thursday, reportedly in Baltimore for his mother’s birthday, and his lawyer arrived well after the meeting got underway. Committee members were behind closed doors when Myrtle Beach attorney Tommy Brittain showed up.
Efforts to sell the railroad are ongoing, Brittain told the committee when open session resumed. At least two possible buyers are showing sincere interest, he said.
For more on this story see the Sept. 18 Tabor-Loris Tribune print edition.