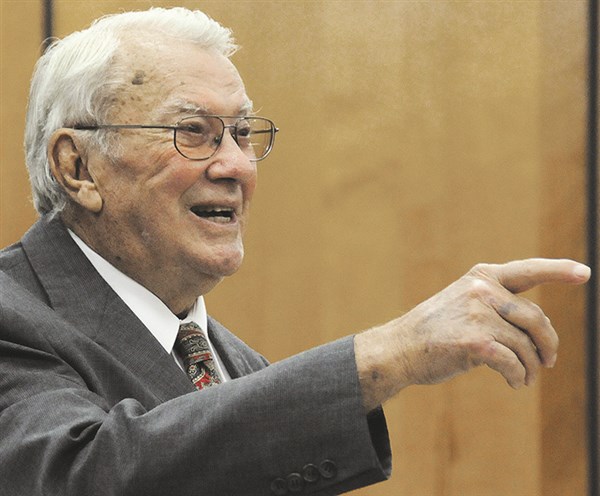 Colleagues, friends and family filled the Columbus County Superior Courtroom Friday morning, paying tribute to Lacy Randolph Thompson,Sr., perhaps best known for his service as Columbus County Clerk of Court from 1968 to 1992.
Thompson had previously served as a Columbus County Commissioner, and as the County Coroner.
His 40-years of public service has been followed by more than two decades in retirement, where his reputation as a gardener who shares his produce is well known.
State Sen. Bill Rabon presented Thompson with The Order of the Long Leaf Pine, a state honor signed by Gov. Pat McCrory.
Friday was also a big day of celebration, Thompson’s 86th birthday, just a day ahead of the birthday of his wife of 63 years, Doris Wooten Thompson.
For much more on this story see the Sept. 25 Tabor-Loris Tribune print edition.
Posted in News