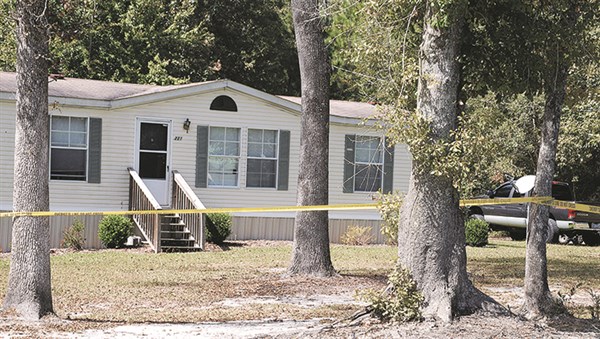 Two bodies were found inside a Spivey Road home just east of Tabor City after Columbus County Sheriff’s Office deputies responded to a report of a barricaded person inside Monday morning, Maj. Lewis Hatcher said.
Unable to contact anyone inside the home for several hours, SWAT team members made entry and found two bodies, a man and a woman, Hatcher said.
Detectives and Columbus County Coroner Linwood Cartrette were still inside the home in the early afternoon, working to determine just what happened, Hatcher said.
Names of the deceased were withheld at 1 p.m., Cartrette said, because family members of the man had not yet been notified.
Hatcher said additional details will be released as investigators complete their work.
Look for additional details here as they become available, and the full story in the Oct. 2 Tabor-Loris Tribune print edition.