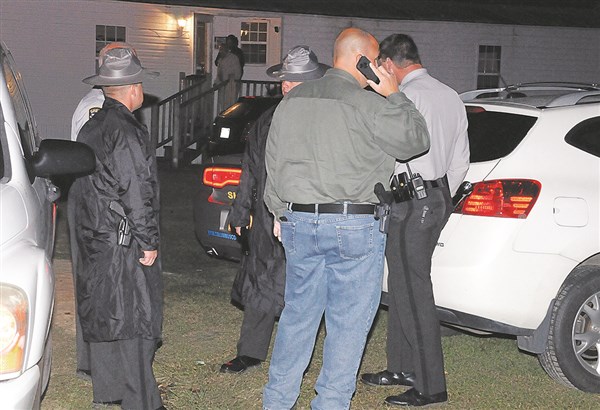 One man was killed inside a Shug Norris Road home east of Tabor City Tuesday evening, another critically hurt by gunfire, Columbus County Coroner Linwood Cartrette said.
Lee Travis Wright, 20, of the 16000 block of Peacock Road, Chadbourn was pronounced dead at the single-wide mobile home where he was shot, Cartrette said.
Johnathan Elgin Long, 25, who lives in the house at 332 Shug Norris Road, was shot multiple times and taken by ambulance to McLeod Loris hospital, said Capt. David Nobles of the Columbus County Sheriff’s Office. Long was in surgery Tuesday night, and was expected to survive, Cartrette said.
Officers are looking for multiple suspects in the case, and believe several people were in the home when the shooting took place, at about 6 p.m. Tuesday, Nobles said. He would not be more specific.
An autopsy was to be conducted later today (Wednesday) in Raleigh, Nobles said.
Check here for details as they become available, and see Wednesday’s Tabor-Loris Tribune print edition for the complete story.