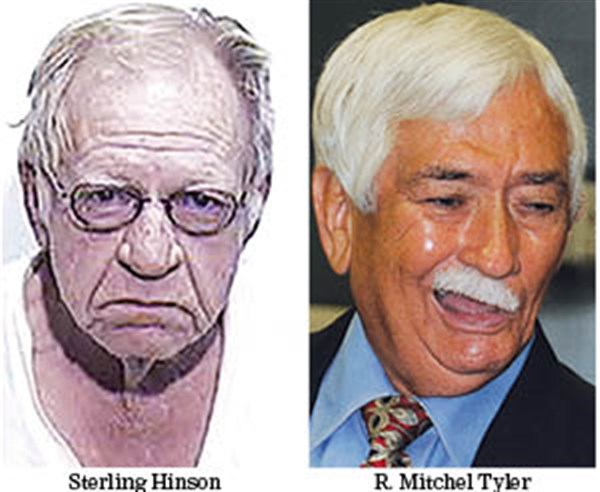 An alleged extortion attempt involving Columbus County’s Trial Courts Administrator has landed a former Tabor City resident in jail.
Sterling Elwood Hinson, 68, of 1341 Hickory Hill Road, Chadbourn, was charged Friday with extortion on a warrant obtained by the SBI, Assistant District Attorney Chris Gentry said Tuesday.
Hinson is accused in the warrant with contacting R. Mitchel Tyler, Trial Courts Administrator, “by letter and telephone and threatening to reveal information unknown to the victim,” the warrant said.
Hinson sought $300,000 in the extortion attempt, the warrant said. It showed an offense date of Sept. 18.
Tyler, late Tuesday, said he could not discuss the allegations until the court case is complete.
“I will say this,” Tyler said. “The SBI did an excellent job.”
Gentry, too, said he could not reveal additional details pending trial. A spokeswoman for the N.C. Attorney General’s office, which handles public information for the SBI, said she had no information on the case Tuesday.
Bond was set at $10,000, Gentry said, and a probable cause hearing was scheduled for Oct. 28 in District Court in Whiteville.
An unrelated warrant for failing to appear in court on a driving with a revoked license charge was served on Hinson, in jail, on Monday, adding another $2,500 to his bail.
For more on this story see today’s Tabor-Loris Tribune print edition or the full e-edition.