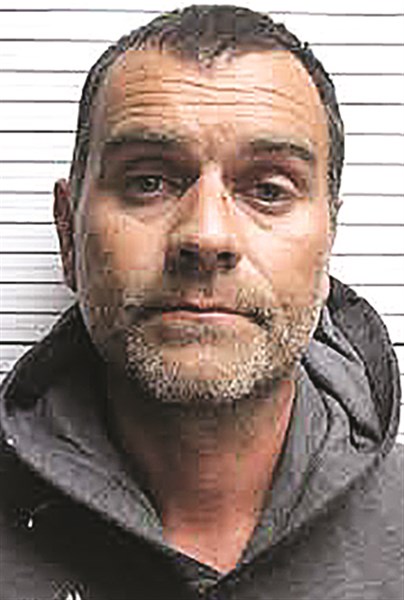 Assault warrants have been served on a Tabor City area man with a deadly history in a late-night Sunday incident that left a resident of Ash in Brunswick County severely injured, and a woman there hurt, too.
Allison Shane Holden, 41, of Will Inman Road in Tabor City was arrested by Brunswick County Sheriff’s Office detectives, an agency news release said.
Holden was jailed at the Brunswick County Detention Facility in Bolivia under bonds totaling $251,000.
He is charged with attacking Curtis Ray Long, 54, at his Ash Little River Road home at about 11 p.m. Sunday, inflicting serious injury, a warrant says.
He is also accused of striking Kimberly Steagall, 36, “repeatedly about the face and head,” a separate warrant said.
In both cases, Holden’s hands are identified in warrants as the weapon used. Holden has training in martial arts, which is the basis of the charge, said Emily Flax, the sheriff’s public information officer.

Murder
Holden was convicted in May, 1996 of second degree murder in a case that left a 21-year-old father of two from New Hanover County dead, state Department of Public Safety records show.
For more on this story see the Nov. 6 Tabor-Loris Tribune print edition.