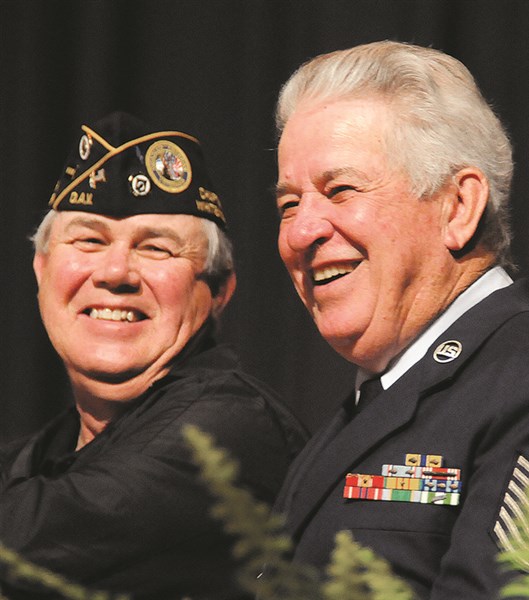 Dale Spivey (left) and Richard Harrelson shared reflections of their U.S. military service during a Veterans Day program at South Columbus High School on Thursday. A similar program was held later in the evening at Williams Township School.

Those who have served in the Armed Forces will be among those honored during Sunday’s Veterans Day Parade to be held in Nakina. It’s a two-way procession on NC 905, starting at 2 p.m., and everyone is invited.
(Deuce Niven photo)
Posted in News