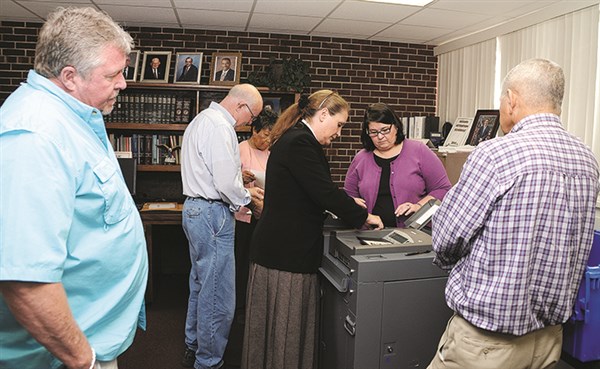 With 134 votes against, 133 for, the mixed drink referendum defeat for Tabor City was upheld on a recount conducted Monday at the Columbus County Board of Elections.
There were no changes in the vote totals from election day, provisional ballots, or early voting.
There was a one-vote change in a Chadbourn Town Council recount, with second-place finisher David Worley picking up the single ballot to defeat James Green in the race for two seats 183-180.
For more on the recount see the Nov. 20 Tabor-Loris Tribune print edition.