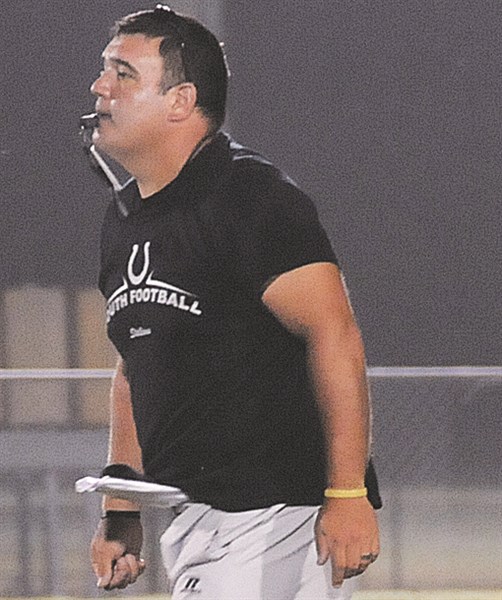 North Carolina High School Athletic Association board members have voted to uphold decisions by their commissioner and executive committee, letting stand last week’s Southern Vance High School victory at South Columbus High School in the first round of the North Carolina 2A varsity football championships.
Columbus County Schools Superintendent Alan Faulk said he received notification by telephone just before 6 p.m. today, following an appeals hearing before the full NCHSAA board that lasted less than an hour.
There will be no further appeals, both Faulk and school board attorney Bill Phipps said. An appeal would go to court, an expensive and time-consuming effort that could not take place before Southern Vance meets Eastern Randolph in the second round of the state playoffs tomorrow night.
“I’m heartbroken,” Faulk said after the decision. “It’s not right.”
Look for a complete story in the Nov. 27 Tabor-Loris Tribune print edition.
Sign up for breaking news e-mail alerts and text alerts. See the box on the left side of this page.

Cursing an official led to the ejection at the center of a controversy involving Southern Vance High School’s varsity football win at South Columbus High School last week.
A decision that could put South Columbus back on the gridiron this Friday night is expected by the full board of the North Carolina High School Athletic Association later this evening.
A telephone conference call Thursday afternoon involved the NCHSAA board, school officials from Columbus and Vance counties, and the coaching officials who ejected the Raider wearing the number 3 uniform who was ejected during a Nov. 8 game.
Darnell Gladden, the official who ejected the Southern Vance player, was emphatic that the ejection was deserved, was final, and that Southern Vance coaches knew it.
Told by Gladden that he had not seen what the player believed was a facemask violation, the player cursed, leading to an automatic ejection under NCHSAA rules, both Gladden and chief referee John Critcher said.
“The player basically cussed an officials,” Gladden said as Columbus County Schools’ attorney Bill Phipps questioned him. “It is totally unacceptable.”
Southern Vance coaches, during a telephone conference call on Wednesday, said Gladden had been “waffling” on the ejection, attorneys for both sides said Thursday. Gladden said he did not recall that.
Phipps told the board to follow its own rules, which require not only the official but the athletic director from the offending team to file notice with the NCHSA, and requires that the offending player sit out the next game.
The NCHSAA earlier this week ruled that the player would sit out the game this week, as Southern Vance travels to Eastern Randolph. If the board orders a Southern Vance forfeit or last week’s game, Eastern Randolph will find itself on the road to Vinegar Hill this Friday to take on the Stallions at South Columbus High.
Do the right thing, Phipps said
“If you don’t do it, thebn you are arbitrarily and capriciously making rules that have no reason for being,” Phipps said.
This story will be updated as soon as the decision from the NCHSAA is announced. Look for a complete story in the Nov. 27 Tabor-Loris Tribune print edition.

Members of the full board of the North Carolina High School Athletic Association could consider today the latest appeal from South Columbus High School and the Columbus County Schools on Southern Vance High’s playing of an ineligible player last Friday.
Tentatively scheduled for 4 p.m., the board plans to meet by telephone conference call if enough members are available, NCHSAA Associate Commissioner Rick Strunk said this morning.
Final word on the meeting should come early this afternoon, Strunk said.
For more on this story, see the posts below. For updates, as events warrant, keep checking tabor-loris.com.

Formal notice of appeal from South Columbus High School and the Columbus County Schools was filed with the North Carolina High School Athletic Association tonight, just hours after the NCHSAA’s Executive Committee upheld a decision from its commissioner to allow Southern Vance to move on in the state’s 2A high school varsity football playoffs this Friday.
Columbus County Schools attorney Bill Phipps said he submitted the notice of appeal to NCHSAA officials, and its attorney, via email after 8 p.m. That appeal asks that the full NCHSAA board review the decision made by its seven-member executive committee.
Superintendent Alan Faulk polled Board of Education members, who agreed to take the appeal forward.
It was not known tonight when that appeal will be heard, but it seemed clear that it won’t be before Friday’s football game, and Phipps said its unlikely the 2013 Stallions will ever suit up again.
Phipps said he plans to call the game official who ejected a Southern Vance player from the team’s final regular season game against Franklinton to testify. That player took part in the Raiders’ 12-6 win at South Columbus this past Friday night.
For more on this story, see the posts below. For updates, as events warrant, keep checking tabor-loris.com.

South Columbus High School’s 2013 varsity football season ended in a hastily called but lengthy conference call meeting late this afternoon.
Meeting for more than two hours, about an hour with Columbus County Schools and South Columbus High officials on the line, members of the North Carolina High School Athletic Association’s Executive Committee upheld the decision Monday from NCHSAA Commissioner Davis Whitfield allowing Southern Vance to move forward in the state 2A varsity football playoffs.
Southern Vance played an ineligible player in last Friday’s first-round playoff 12-6 victory at South Columbus, eliminating the Stallions from post-season play. That player, ejected from a game a week earlier, will now sit out the second-round game as Southern Vance travels to Eastern Randolph this Friday.
Columbus County Schools can appeal the Executive Committee decision to the full NCHSAA board, and has 24-hours to file that notice, school board attorney Bill Phipps said.
Board members will be polled Thursday, to determine if a second appeal will take place.
A meeting of the full NCHSAA will not take place this week, and Friday’s game in Ramseur will go on, with the Stallions’ season over.
Tabor-Loris Tribune had asked to listen in on the Executive Committee conference call, and NCHSAA Associate Commissioner Rick Strunk Wednesday afternoon said the request would be considered, with that meeting not expected to take place before Thursday.
“I wasn’t notified in advance that the hearing would take place this evening since it came together so quickly,” Strunk said in an e-mail announcing the Executive Committee decision.
Look for additional updates here, as events warrant.

An appeal of a North Carolina High School Athletic Association decision involving South Columbus High School’s march through the 2A varsity football playoffs was filed by Tabor City attorney Bill Phipps today.
NCHSAA Commissioner Davis Whitfield on Monday denied a request from Stallion Head Coach and Athletic Director Jake Fonvielle to order a Southern Vance forfeit of its 12-6 win at the OK Coral on Friday in the opening round of the state playoffs.
Whitfield found that Southern Vance had played an ineligible player, a Raider ejected from a game the previous week. NCHSAA rules require that ejected players sit out the next game.
Those rules also require that a team playing an ineligible forfeits the game, Phipps said this week. Whitfield ordered that the win stand, and that the player sit out this week’s game, a road trip to Eastern Randolph for the Raiders.
Phipps’ appeal takes the case to the NCHSAA Board of Directors, a seven-member panel made up of principals and superintendents from across the state, said NCHSAA Associate Commissioner Bill Strunk.
That meeting will be held by conference telephone call, no sooner than Thursday, Strunk said. Whitfield was out of town on Wednesday, and unable to set up the conference.
Keep checking tabor-loris.com for updates on this developing story.

Nov. 19 Post
Legal options are being explored in the aftermath of a high school football playoff game that appeared settled at the OK Coral on Friday, Columbus County Board of Education attorney Bill Phipps said Tuesday.
Most of the facts appear clear, including the playing of a Southern Vance player who was ineligible, Phipps said. Less clear is the reasoning of the North Carolina High School Athletic Association not to require that Southern Vance forfeit its 12-6 first-round playoff win.
Had South Columbus won, the Stallions would host Eastern Randolph in the second round of the state 2A playoffs this Friday. Instead, Southern Vance is scheduled to make the trip to Ramseur.
That might not happen.

Rulebook
Southern Vance lost to Franklinton as its regular season ended on Nov. 8, and in the process one of its Raiders was ejected from the game.
NCHSAA rules say that a player ejected from a game is ineligible to play in the next contest, a fact not in dispute.
But the NCHSAA said it did not receive notification from the Nov. 8 game officials prior to Friday’s South Columbus game, though there was an attempt, via email.
“Attempts were made,” NCHSAA Commissioner Davis Whitfield said Tuesday. “In this case, evidently, technology failed us.”
Phipps said a decision on a possible legal challenge to the NCHSAA decision will be made soon, but he was not sure exactly when.
For more on this story, see the Nov. 20 Tabor-Loris Tribune print edition, and check tabor-loris.com for developments, as events warrant.