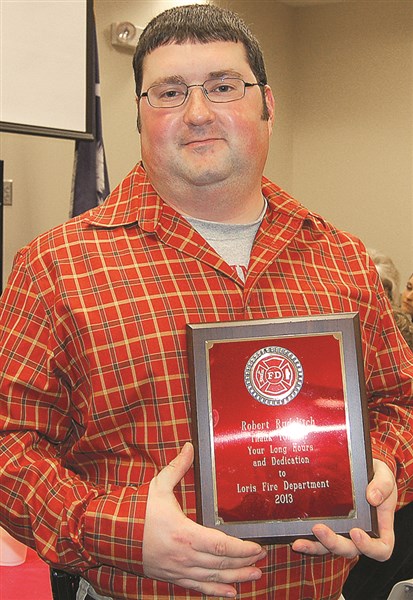 Robert Rudelitch was named Loris Volunteer Firefighter of the Year during the department’s recent annual Christmas party.
His recognition was for his his devotion to the station and tireless efforts in securing grants for equipment and training, Chief Jerry Hardee said.
Other awards were given, including several for service to the department from 5 to 40 years.
For more on this story see the Dec. 18 Tabor-Loris Tribune print edition.