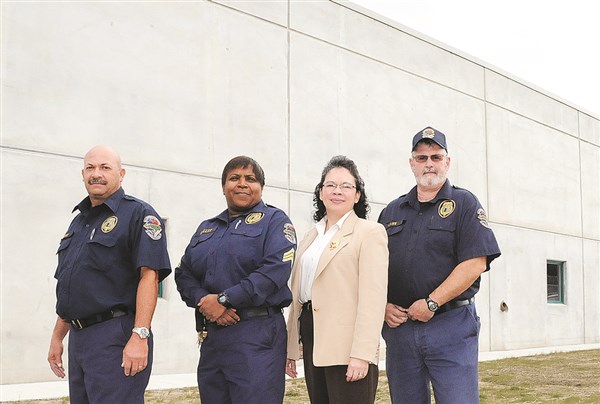 Tabor Correctional Institution becomes one of North Carolina’s two largest prisons in a matter of weeks, and local folks will have a chance this Saturday to tour the “little prison” addition before its first minimum security inmates arrive.
Open House at the Minimum Custody Facility is scheduled from 9 a.m. to 3 p.m. Saturday, with tours to be given periodically throughout the day.
With a total inmate capacity of 1,752, including 252 in the new addition, TCI joins Scotland Correctional Institution as the two state prisons with highest inmate population, TCI Administrator Patsy Chavis said.
Both the Scotland and Tabor prisons were part of a six-prison building effort that ended with the opening of TCI in 2008. Site work on the TCI addition began in January 2011. Construction of the $13.1 million facility took more than two years to complete.
Chavis said construction work was pretty much on schedule. Administrative Services Manager Paul Taylor said inmates will likely begin arriving in early February.
“They will come in pretty quickly,” Chavis said as she walked through the facility. “It won’t take long to fill up.”
For more on this story, see the Jan. 15 Tabor-Loris Tribune print edition or full e-edition.