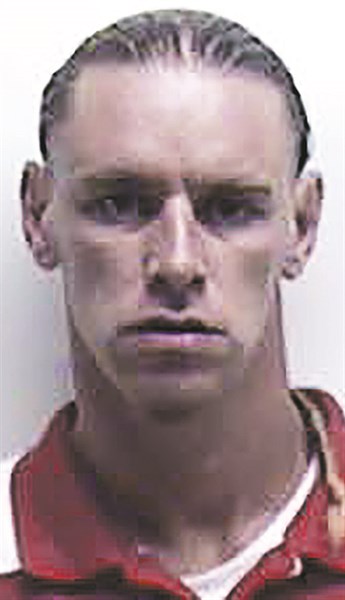 Less than three weeks after his arrest on a habitual felon indictment, and his release without bail, Christopher Lee Byrd is in jail under a $35,000 bond, charged with stealing his grandmother’s mini-van and leading police on a high-speed chase.
Byrd, 31, who has listed various Tabor City addresses during arrests in the past year, was charged Wednesday evening on warrants obtained following the Tuesday night auto theft by MSGT Michael Jamison of the Tabor City Police Department.
Byrd eluded police after taking the van at speeds of up to 90 miles per hour into nearby Horry County, SC, and the officer broke off the pursuit, Jamison’s report said.
By Wednesday evening Lt. Richard Kosloski spotted Byrd in the back seat of another vehicle, in town, and took the felony suspect into custody after the driver pulled over for the blue light and siren, a report said.
Byrd took the van from the Barry Street home of his grandmother, Esther Byrd, after being chased away by another family member, Jamison’s report said.
Byrd had been free since his Jan. 17 arrest on a habitual felon indictment, and was already awaiting trial on charges that include kidnapping, auto theft and trespassing at the home of former state Sen. R.C. Soles Jr. A magistrate then released Byrd on a written promise to appear in court.
Charged this time on warrants for larceny of the 2001 Chevrolet Astro Van, and fleeing to elude arrest, Byrd was jailed at the Columbus County Detention Center in Whiteville.
For more on this story see the Feb. 12 Tabor-Loris Tribune print and online editions.