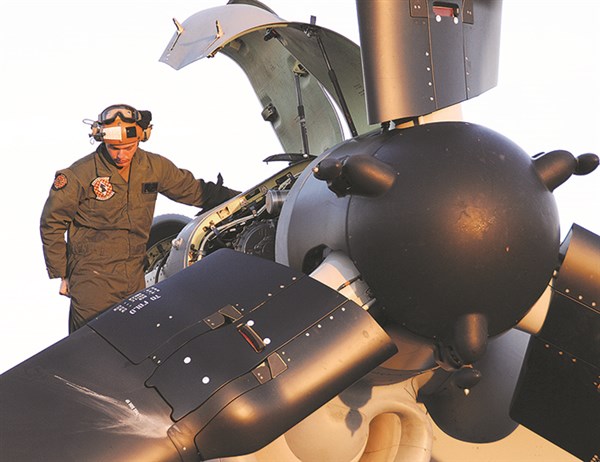 By the time this United States Marine Corp Bell Boeing V-22 Osprey took off from Twin City Airport after 6 p.m. Sunday, its crew had been Tabor-Loris Community visitors for some five hours.
Pilot Capt. Eric Duchene said the landing was precautionary, and the crew completed an oil change on one of the aircraft’s engines before everyone loaded up, and the helicopter-airplane hybrid lifted straight up, then flew away.
Look for more images in the Feb. 12 Tabor-Loris Tribune print and full online editions.