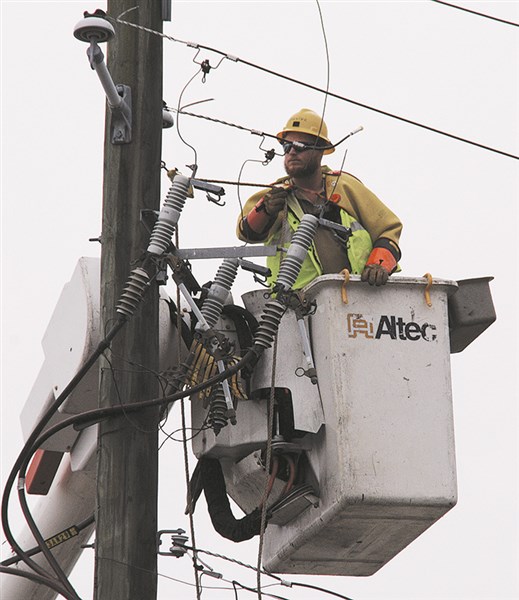 It wasn’t much of a thunderstorm, but more than 1,300 Duke Energy Progress customers in the Tabor City area were back in the dark Friday afternoon just after a passing cold front dropped rain with cracks of distant thunder heard before the lights went out.
In one location, a power line in the 1200 block of East 5th Street serving a portion of Atlantic Corp., parent company of this newspaper, appeared to simply come unattached. It came to rest across the street, and across the Dollar General driveway. A Mastec crew under contract with Duke arrived quickly, and re-attached that line.
Almost simultaneously, power to most of Tabor City failed. Much of that was restored in less than an hour, but just before 3 p.m. Duke was still reporting more than 500 people without power in the Tabor City area, with crews assigned to the problem.