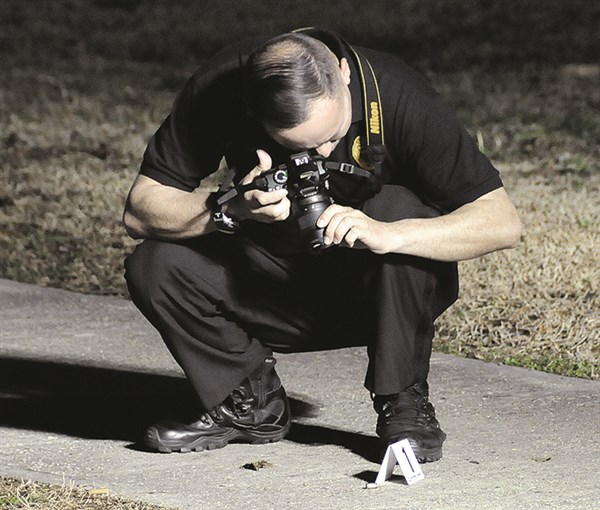 A shooting that apparently took place on a west side street in Tabor City Saturday evening claimed the life of a Green Sea man, Police Chief Donald Dowless said.
Dion Durant Gore, 27, of Bertie Road in Green Sea, died at McLeod Loris Healthcare shortly after 8 p.m., Assistant Columbus County Coroner William Hannah said.
Local police were working with agents of the State Bureau of Investigation, who were asked to take the lead in the investigation, Dowless said.
Gore was apparently shot on the corner of East 6th and Queen streets at about 8 p.m., Dowless said. Investigators were trying to confirm of Gore was inside a vehicle, or outside of it, when he was shot, Dowless said.
Gore was taken in the vehicle to the hospital in Loris, with multiple firearm entrance wounds, Hannah said. It was not clear what type of weapon was used.
“It could have been a bullet, could have been shotgun pellets,” Hannah said.
Evidence left behind suggested bullets. Police placed evince markers on six spots in a clear, grassy area and sidewalk on the street corner. Bullet shell casings could be seen at several of the markers.
Keep checking here for updates on this developing story, and see the Feb. 26 Tabor-Loris Tribune print and full online editions for a complete wrap-up.