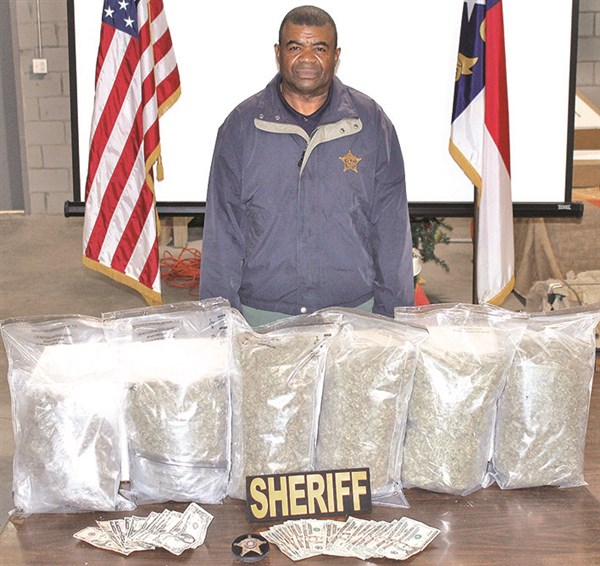 An investigation that began in New Hanover County resulted in the seizure of 11 pounds of marijuana and the arrest of a Tabor City man on Thursday, a Columbus County Sheriff’s Office news release said.
Darriel Scott, 48, of the 100 block of Sandy Place Drive, was charged with trafficking by possession of marijuana.
Detectives with the New Hanover County Sheriff’s Office developed leads earlier in the week, indicating that the 11-pound shipment of marijuana would be delivered to Scott’s home, several miles east of Tabor City.
Detectives from both agencies executed a search warrant on the home Thursday, located the marijuana shipment, and arrested Scott.
Capt. David Nobles said the investigation is ongoing.
For more on this story see the March 5 Tabor-Loris Tribune in print and online.