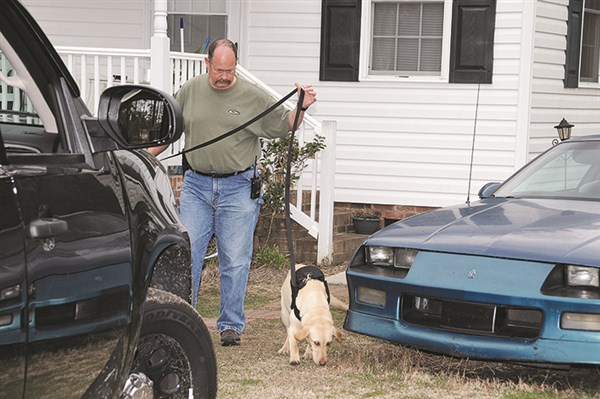 A gunshot wound to the left hand had Tabor City Police Department officers searching for the shooter in on Reese and Queen streets and on to Carolina Road Monday afternoon, before the victim admitted to accidentally shooting himself in the hand, Chief Donald Dowless said.
William Antwan Gaskins, 21, was taken by Tabor City Emergency Services ambulance to McLeod Loris hospital from his home in the 100 block of Reese Street with an injury that did not appear to be life threatening, Dowless said.
Gaskins initially told police he was shot on a trail through a wooded area that connects Queen Street and Carolina Road, Dowless said. Officers were unable to find any evidence of a shooting there, though the wound to Gaskins’ hand was bleeding profusely, Dowless said.
Gaskins admitted to accidentally shooting himself while handling a gun in his home as Maj. Jerry Sarvis prepared to conduct a gunshot residue test on his hands, Dowless said.
Look for more on this story in the March 5 Tabor-Loris Tribune in print and online.